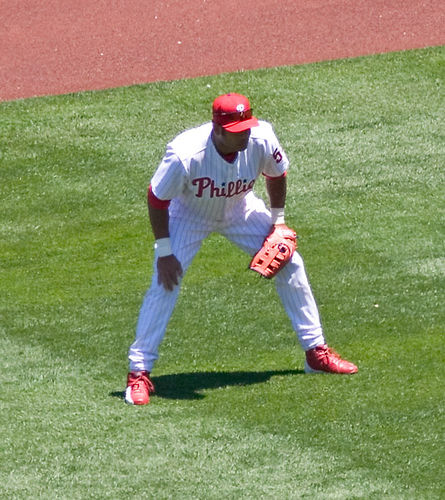 It was revealed a couple days ago that the Phillies had interest in acquiring right-handed starting pitcher A.J. Burnett from the New York Yankees.

Joel Sherman of the New York Post tweeted Saturday night that Phillies starter Joe Blanton would be involved in a three-way trade in order to land Burnett in red pinstripes.

In turns out, according to a recent report from Buster Olney of ESPN, the Los Angeles Angels were involved in the potential move.

What the Phillies tried to do last week, sources said today, was trade Joe Blanton for Bobby Abreu, then flip Abreu for Burnett.

Olney followed by saying the Phillies hoped Burnett would provide a safety net had Cole Hamels walked away in free agency.

This trade that never came-to-be is intriguing on many aspects. Bobby Abreu would have returned to the Yankees, the team the Phillies traded him to during the 2006 season for prospects CJ Henry, Matt Smith, Jesus Sanchez, and Carlos Monasterios.  Burnett coming to Philly would have meant a reunion with Roy Halladay- teammates of the Toronto Blue Jays from 2006 to 2008.

The fact that the Phillies even considered moving Joe Blanton for another starting pitcher shows the low confidence the team has in him. All said and done, he is still a member of the Philadelphia Phillies for the 2012 season- for now.