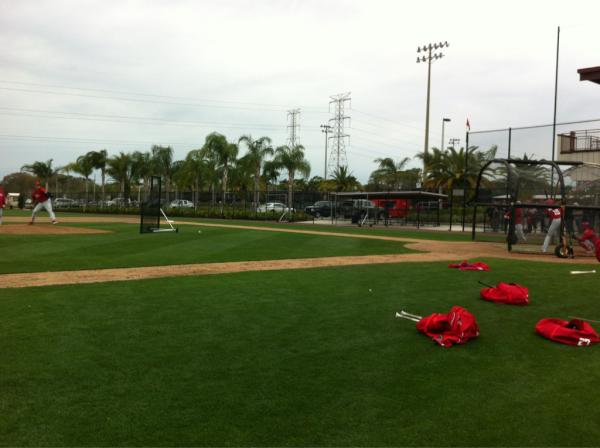 This morning, Roy Halladay took the hill to throw some batting practice to his teammates. At the plate stood Placido Polanco, Shane Victorino, and John Mayberry. No word on how the three did, but I'm sure Halladay tallied higher.

Cliff Lee is back on the hill after suffering a minor-abdominal setback on Friday. Lee called it "soreness", but the Phillies did take precaution and haulted his activity for a few days. Check out the video below. Courtesy of Ryan Lawrence (@ryanlawrence21)

I don't think there is any reason to be worried about Cliff Lee. He's just getting back into the groove of things. He'll most likely start against the Yankees next Sunday.

In other news, Michal Jack Schmidt has made his annual trip to Clearwater to instruct and advise the Phillies. He does this every year, so it's not surprising. 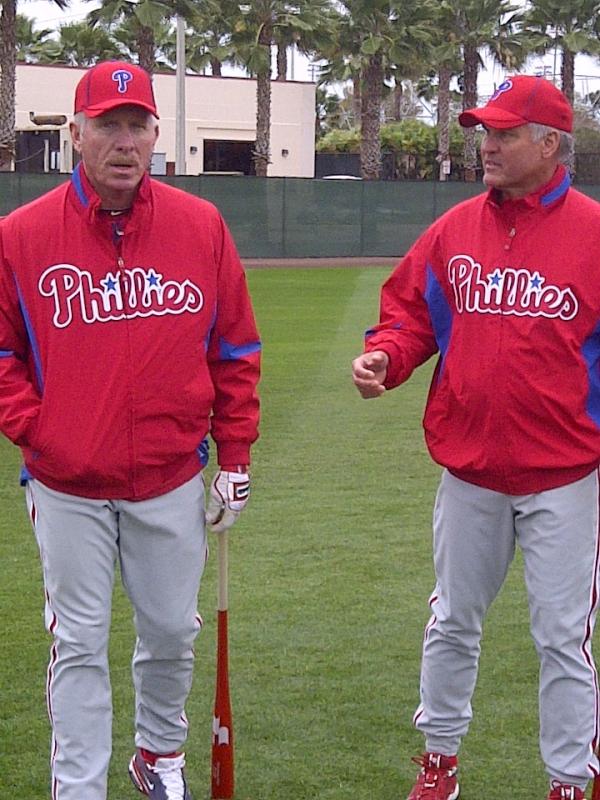 (Mike Schmidt and Ryne Sandberg are at camp. Photo courtesy of Phillies.com)

cliff should be fine and halladay is great to watch. nice video. I am so excited for this season especially after what i just heard about the nationals campaign

Polanco, Shane Victorino, and John Mayberry. No word on how the three did, but I'm sure Halladay tallied higher.