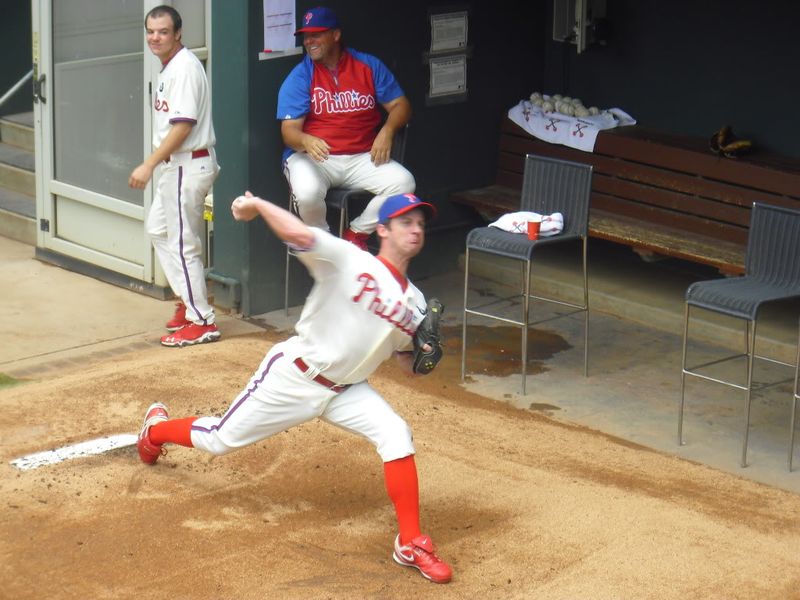 According to ESPN's Jerry Crasnick, Roy Oswalt has stated towards major league clubs that he might return to baseball mid-season.

Oswalt, 34, has told teams that he plans to keep throwing, stay ready and would be willing to return during the season if nothing materializes before then. That approach would mirror what Clemens did in 2006 and 2007, when he returned in June to pitch for the Houston Astros and then New York Yankees.

Oswalt's agent, Bob Garber, has told media outlets that Oswalt is planning to make an announcement Thursday, but provided no further details. Garber didn't respond to phone calls or texts for this story.

Oswalt went 16-11 with a 3.24 ERA in two seasons (2010-2011) with the Phillies. The Phillies did not pursue the team-option that was in Oswalt's contract along with Brad Lidge's option after the 2011 season. Despite rumors of pitching for the Texas Rangers, St. Louis Cardinals, and even the Boston Red Sox, Oswalt has not been able to find a team to play for as Spring Training has already begun.