Second Wild Card Hits MLB; Could Benefit Phillies Now and Down the Line 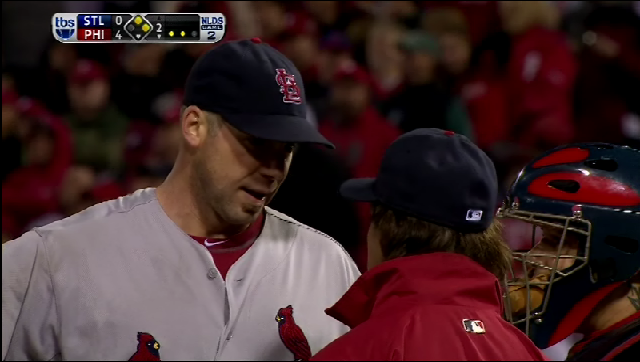 Today, Ken Rosenthal of Fox Sports reported what has long been speculation: MLB would squeeze the second wild card into this postseason's schedule.  On the surface, it seems somewhat silly; now 1/3 of all MLB teams will make the playoffs.  However, I really do like this addition, as I see it really helping the Phillies.  Here's why.

First, the extra playoff team only adds one single game to the postseason schedule, and that game only applies to both wild card teams.   As we saw in this past postseason, the only advantage the Phillies had over the St. Louis Cardinals was one extra home game.   Had this arrangement been in place for 2011, the Cardinals would have played a one-game wild card battle for advancement in the playoffs.

Now, this could have greatly benefited the Phillies, because Chris Carpenter would have been used for that one-game playoff against the Braves.   Or, maybe the weaker Atlanta Braves team beats the Cardinals and the Phillies gained an advantage by missing Tim Hudson.

Either way, the wild card winner's ace may have only been able to play in game 4 or 5 of a five-game wild card series, while the division winner with the best record has two shots to use their ace.

Second, this could benefit the Phillies as their reign winds down.  Maybe in two years the Phillies aren't the team they were in 2011 and what they'll be in 2012.   The 2014 Phillies might not be strong.  But, they may still have Cliff Lee and Roy Halladay and hopefully Cole Hamels.   If the Washington Nationals are winning the division and the Miami Marlins win the first wild card, the Phillies would still have a chance.  With a rotation like that, who can count them out in the playoffs?

Game 162 for the Rays, Red Sox, Braves, and Cardinals may have been one of the most exciting nights of baseball in recent memory.  Imagine if the Rays and Red Sox were going head to head that night?  The Braves and Cardinals?  We will get that same excitement year in and year out as long as Major League Baseball maintains a one-game wild card buy-in.

Unless it changes, the one-game playoff is essentially a bid to see who really makes the playoffs, not an additional round.

Only down side I can see is that the Phillies will make me buy tickets for the entire playoffs someday based on that one game battle they might not win.  But for now, while the Phillies are one of the premier teams?  It's about time there was something to give the best record an advantage.

Up next: The 15-team leagues create an opportunity for balance, but with MLB use it?