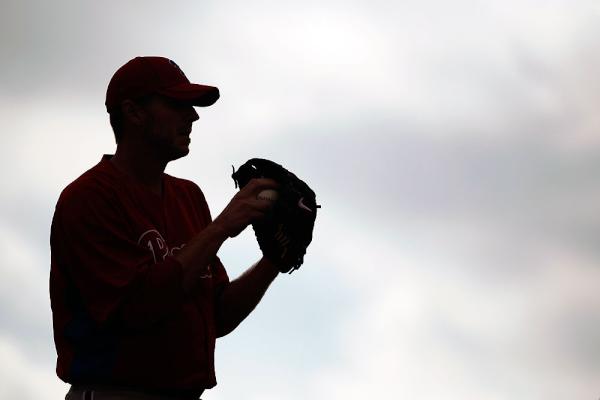 The first time this tale was spoken of was last December when Bassmaster Elite Series Champion Skeet Reese posted the story on his blog, AdvancedAngler.com.

Halladay, best friend Chris Carpenter, and former-reliever B.J. Ryan all went on a fishing trip to the Amazon with Reese in early December. What they would encounter would not only be huge fish, but also a naked man who was… I'll let Roy take this one.

"I was not wrestling snakes. I was nowhere near snakes. We were just driving back. We had been fishing all day and we were on the boat driving back and we happened to see a guy sitting on the shore line without clothes. We couldn't talk to him. The guides had to talk to him. They were speaking Portuguese. He had been attacked by a snake and escaped, but it had ripped the engine off the boat and left all his stuff out in the middle of the river. So we picked up his stuff and drove him back to his tribe, I guess you would call it.

"By far I've told that story more than any other story I've ever had. And I've got the guys I went fishing with to thank for leaking it."

So there you have it, folks. I know, I'm quite disappointed that Roy didn't kill the snake like many of us would have wished to have happened, but hey the man can only do so much. A perfect game, a no-hitter, some hot rods, a pair of Cy Youngs, and now this story that will live in infamy.