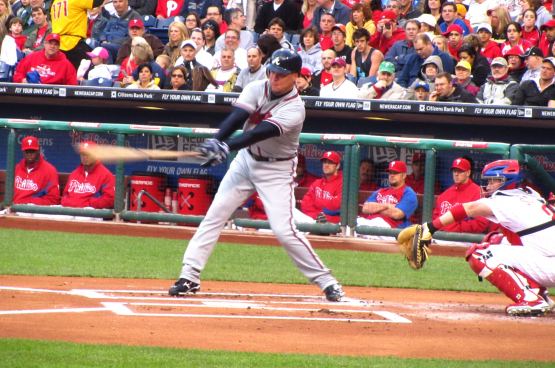 The Braves announced this morning that after 18 seasons of donning a Braves uniform, 39 year-old Larry Wayne "Chipper" Jones Jr. will retire at the end of the 2012 season.

It's not like he still poses an austere threat to the Phillies. The guy's body is falling apart and he should have retired last year, but the love of the game still kept calling him.

Chipper Jones has been a long-time Brave and enemy of the Phillies. A well-known Phillie Killer, Jones has powered himself through the Phillies' pitchers hundreds of times over the past 18 years. From the mock tomahawk chop to the mock to the mock "Chipper!" chants. We sure as hell hate him, but it's baseball etiquette to respect a player such as Chipper.