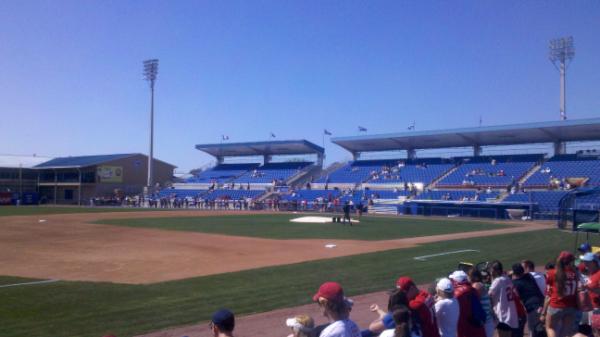 The Phillies won their first game of the spring yesterday as they best the New York Yankees, 9-3. The offensive outburst in the sixth inning helped the Phillies push past the Yankees, who had beat them the first two previous matchups over the weekend.

Today, the Phillies will not play the Yankees and will take on the Toronto Blue Jays @ 1:05 PM ET. The Phillies will send out 33 year-old lefty Cliff Lee (2011: 17-8, 2.40 ERA) on the mound to get the start against the Blue Jays. Lee will be making his first start since Game 2 of the NLDS, where he threw 6 innings, allowed 5 earned runs on 12 hits, and struck out 9 Cardinals in the losing effort.

Charlie Manuel will send out this lineup against the Blue Jays today.

You will not be able to watch the game on TV today, you can only listen to it on the radio.