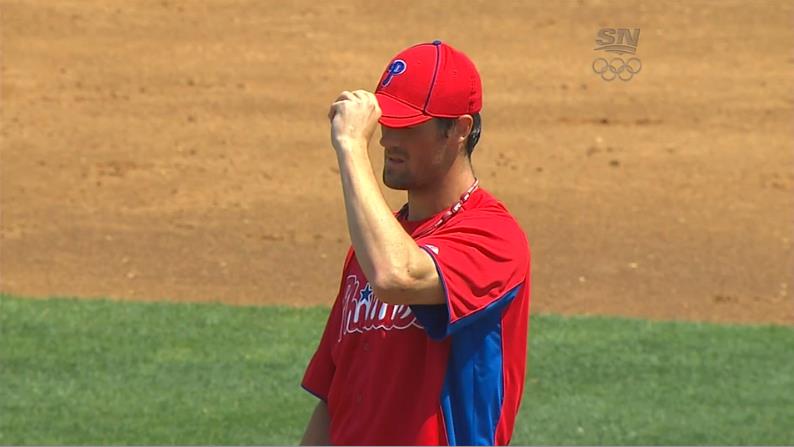 After being named the home opener starting pitcher, Cole Hamels (0-1, 3.86 ERA) will make his fifth Grapefruit League start this afternoon against a Boston Red Sox split squad. In his last outing, Hamels lasted just 3 1/3 innings against the Blue Jays, allowing four earned runs on eight hits, while striking out none.

Since Hamels is pitching today, it seems likely that he will pitch on the 29th against the Rays, possibly his last Spring Training start. There's no word if Hamels will pitch five days later against the Pirates for the Phillies' On-Deck series on Tuesday, April 3rd. If so, he would have a six day gap between scheduled starts (home opener April 9th).

For the Red Sox, Alfredo Aceves (0-0, 1.00 ERA) will make just his second start of the Spring. In his last appearance, he threw a strong four inning effort against the Cardinals, allowing just one earned run on three hits, while striking out four. Aceves will take on a mostly minor-league Phillies lineup today. Charlie is giving the usual starters a day off.