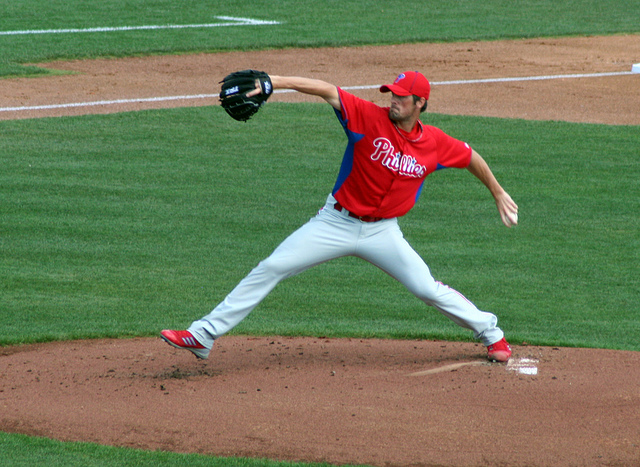 Yesterday's pitching performance from Vance Worley was anything but pretty. The Vanimal was very off against the Twins, allowing 11 runs in the first four innings. Hopefully, Cole Hamels (1-1, 4.00 ERA) can have a better start today as he takes on the Tampa Bay Rays.

Hamels will be making his sixth and most likely last Grapefruit League start today. Hamels has been nothing short of impressive in his previous five starts. In his last outing, against the Red Sox, Hamels allowed two earned runs on four hits through four innings. He gave up two walks and added three strikeouts as well. Hamels is preparing for what could be his final season as a Phillie. Heading out of Clearwater on a positive can definitely give him a push for a big contract where ever he decides to sign.

The Rays will send out Jeremy Hellickson (0-2, 15.30 ERA). The reigning AL Rookie of the Year has not had such a shabby Spring so far. In his last outing, against the Twins, he allowed 10 earned runs on 11 hits in three innings. Hellickson is a contender for the Rays' starting rotation as he was the ROY last year.

Hellickson will take on a Phillies lineup that originally had Jimmy Rollins leading off and playing shortstop, but he was scratched due to the fact that somebody forgot he had day off. Pete Orr will take over at short today while Ty Wigginton will play at second.

You can watch the game on TV on TCN and ESPN.