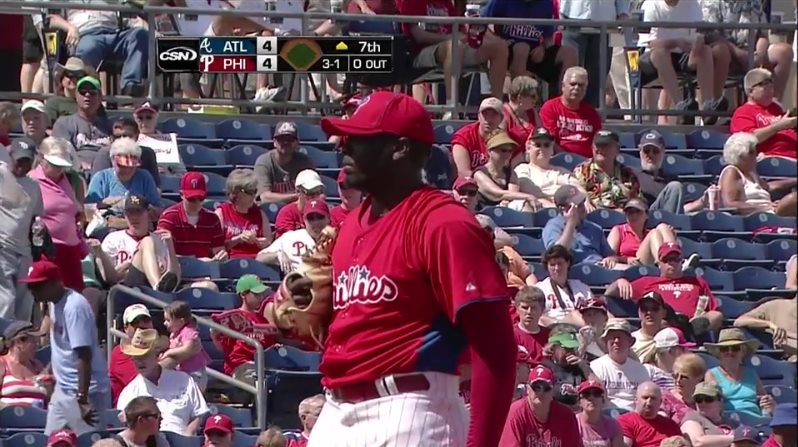 This morning, it was reported that the Phillies had released LHP Dontrelle Willis. Willis signed a one-year, $1MM deal with the Phillies back in December in an effort to revive his career as a reliever. The 30 year-old Willis last played a major league game with the Cincinatti Reds in August of last year.

In Grapefruit League games this Spring, Willis went 1-1 with a 16.87 ERA. Willis allowed five earned runs over 2 2/3 innings pitched along with four walks and an opposing .417 batting average. Thursday afternoon, Willis pitched a scoreless inning after walking the first batter he faced on five pitches.

According to Matt Gelb, as soon as word broke, Willis was out of the complex.

The Phillies announced his release at 10:13 a.m. and Willis left the complex minutes later. A half hour later, all that remained in his corner locker were three bats and some Phillies clothing. A large cardboard box sat in front of it.

Willis had wanted to be a Phillie and wished to stay with the club. After he induced an inning-ending double play, Willis pounded his fist into his glove and skipped off the field with optimism.

"I take it just like a game situation because honestly it is," Willis said after the game. "That's the type of situation I'll get put in at [Citizens Bank Park] and Atlanta and those places, and I'm facing guys I might face in the big leagues."