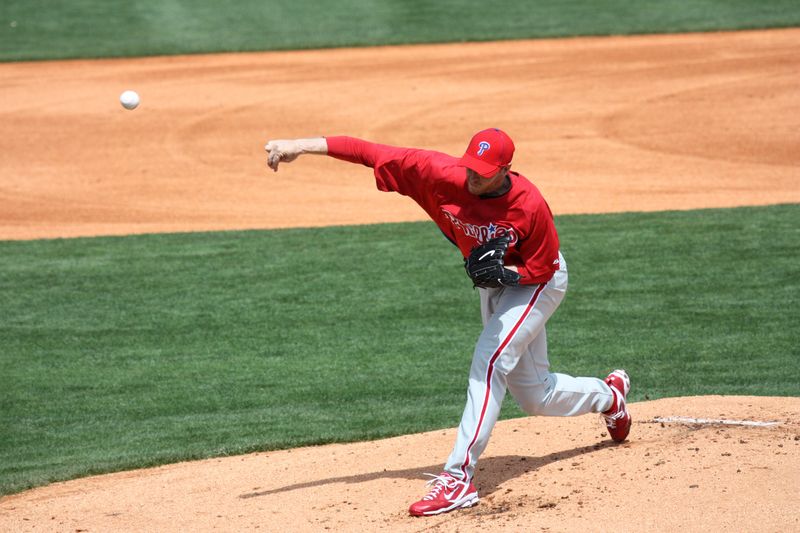 So yesterday's offensive outburst was a great sign to see. The Phillies racked up tons of hits and 10 runs to beat the Bo Sox, backed by a strong Cole Hamels performance. It's a much better offensive performance compared to the rest of their games this Spring.

Today, Roy Halladay (1-1, 6.59 ERA) will make his fifth start of Spring Training and his second in a row against the Orioles. In Halladay's last outing vs the O's, on Tuesday, he threw six strong innings where he allowed just one earned run on three hits while striking out five. Compared to his previous start against the Twins, where he allowed five earned runs on seven hits in just 2 2/3 innings, it's an improvement.

Halladay will go toe-to-toe with Brian Matusz (1-1, 2.40 ERA), who is making his fifth start of Spring, for the second time in a row. Matusz and Halladay squared off on Tuesday when Matusz went five strong innings, allowing just one earned run on seven hits. He also walked a batter and struck out three. Matusz has had an impressive Spring. He has only allowed four earned runs in four starts as well as 16 strike outs. 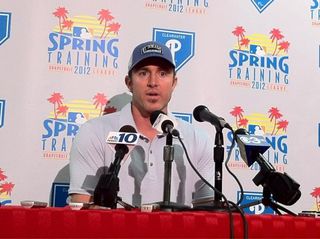 In other news, Chase Utley is scheduled to speak to the media today. His "presser" is not actually considered a press conference and will not be televised. You can stay tuned to tweets from all the Phillies beat writers as well as our recap of his "presser". Ruben Amaro Jr. said Chase would speak today and gave no further news. We're hoping for some good news from Chase, but we're also not relying on it either.

Back to today's game. Charlie Manuel will send out his lineup against the Orioles. A lineup which features Jim Thome in his first Grapefruit League game at first base as well as Placido Polanco, who was out with an injured right finger.