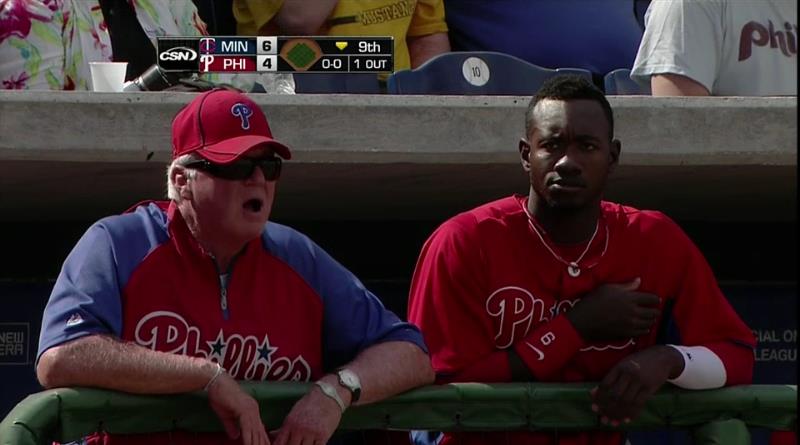 The Phillies dropped another game to the Twins this afternoon in Clearwater. Roy Halladay allowed five earned runs on seven hits in 2 2/3 innings. Four of those runs came via home run, the first of the two allowed coming from Josh Willingham, who also hit an RBI single in the third. It was a rough day for Doc.

As for the Phillies, we saw an RBI single in the second inning from Carlos Ruiz, an RBI groundout from Freddy Galvis and RBI double from John Mayberry Jr. in the third, and an RBI double from Placido Polanco in the fourth.

The Twins topped off the afternoon with their sixth and final run of the game against Jake Diekman in the eighth inning. Diekman allowed a single, and double, and a passed ball which scored a runner before striking out the side.

Sadly, the Phils couldn't come back and dropped this game, 6-4. They'll play against the 1-10 Braves tomorrow.