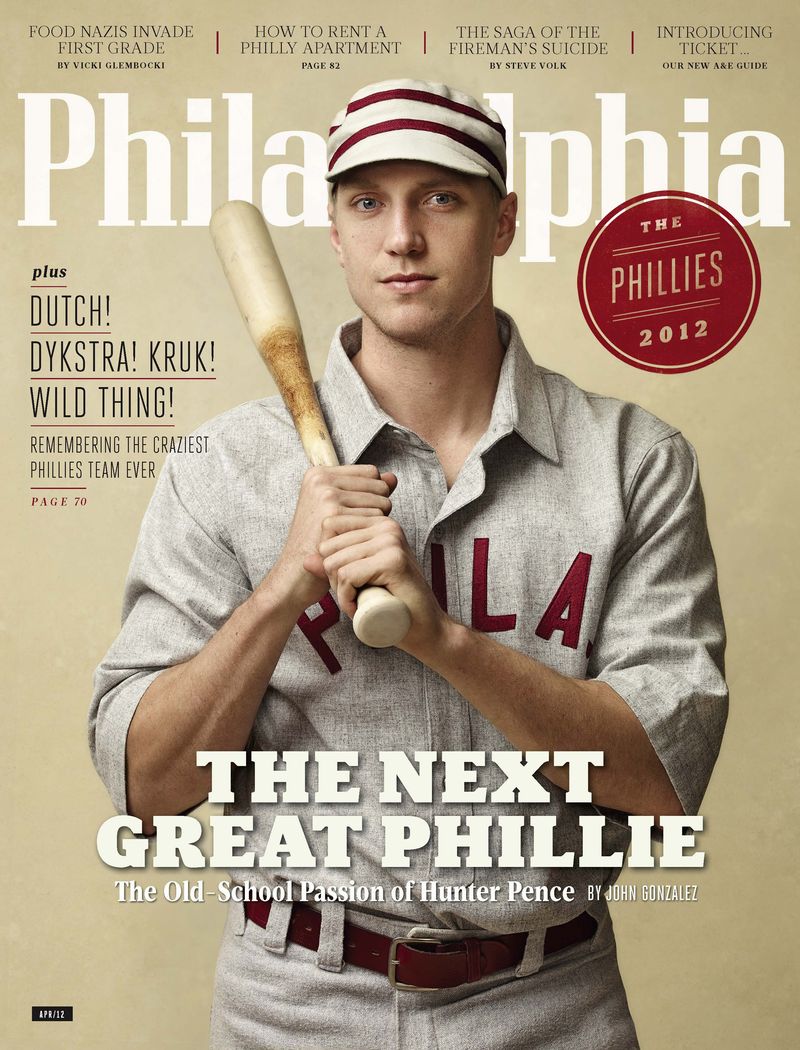 If you're a subscriber to Philadelphia Magazine, you will receive a copy of the April edition in your mailboxes pretty soon. You will also find that gracing the cover will be Phillies right fielder Hunter Pence. Under the caption "The Next Great Phillie: The Old-School Passion of Hunter Pence", written by CSN's John Gonzalez, brings me to think. Is Hunter Pence really going to be the next great Phillie?

Now, Hunter hasn't even been a Phillie for a whole year and we're already crazy about him. His awkward batting stance, his awkward running style, his awkward personality…he's just awkward, but aren't we all awkward?

Anyway, Pence will be on the cover of the magazine sporting a old-style Phillies uniform reading "PHILA" across the chest along with a old-style cap. He rocks it quite well as you can see.

Hunter Pence is not the first Phillie to appear on the cover of Philly Magazine. Just a year ago, Cliff Lee showed up on the cover of the April 2011 edition of the magazine. 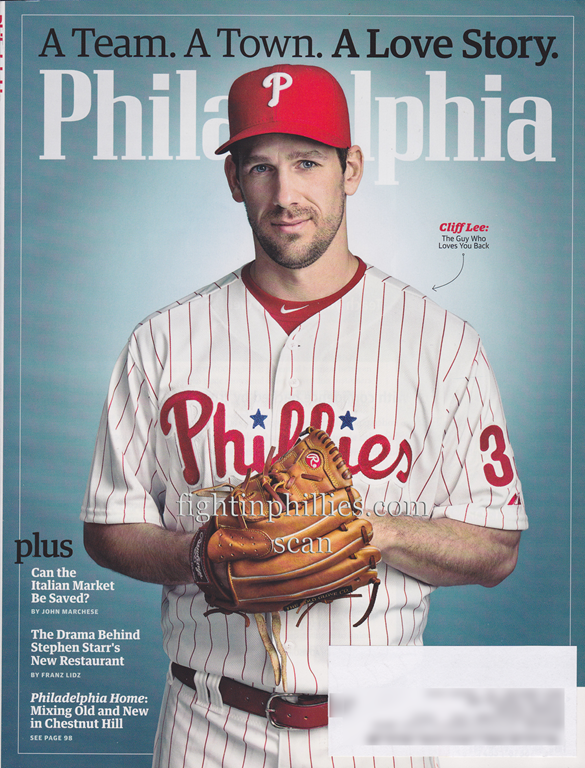 Now I, myself am not a subscriber to Philly Mag, but I have the edition with Cliff Lee on it. Cliff is getting lonely on my shelf, so I think Hunter Pence will be happy to join him.