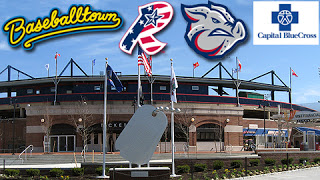 I took two days off, I know. Don't worry, I didn't forget about them Iron Pigs or Reading, or their upcoming game when they get north.

So, being that there's not a ton of news, here's the Iron Pigs roster I have in mind:

And here's what I have Reading starting with:
I'm going to spend the whole next week debating the Gillies decision. If he's healthy though, why not here? I'm also torn on if some of these relievers would benefit from being in late inning spots in A ball instead of mop up time here. No bother. It's almost time for them to break camp.
Topics
Uncategorized