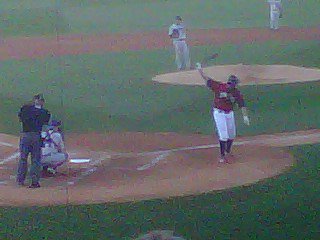 In light of the Phillies action today, there's not a ton to talk about with the Iron Pigs, right? Wrong.

Freddy Galvis? He's not going to be here to start. Joel Pineiro? He's released. Oh yeah, they've been playing games too. With all the issues in big league camp, this team is taking a hit, but it still looks like a contender in the International League.

Here's what I have.

At this point, I think that's the team we're looking at. Of course, guys like Pierre could be on the real team, which means this is subject to change.
Topics
Uncategorized