Joe Blanton Gets Start Against Yankees 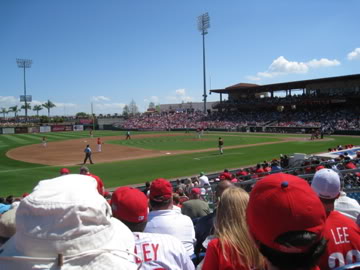 It's pretty annoying playing the Yankees three days in a row, but it's Spring Training so it doesn't really matter.

Following Cole Hamels' and Roy Halladay's strong first two innings during their starts, Joe Blanton has a mighty task ahead of him: proving he's still a valuable starter. Blanton has not started a game since September 28 against the Atlanta Braves where he allowed one earned run on three hits, but in the process; striking out four Braves in two innings pitched.

The Phillies will bring their lineup against new-Yankee Michael Pineda (2011: 9-10, 3.74 ERA). The Yankees acquired Pineda in a trade from the Seattle Mariners. Pineda, a rookie in 2011, was an All-Star phenom over the first half of the season, but towards the end, he began to wear down.

Charlie Manuel will send out this lineup against the 23 year-old righty.