On Second Thought, What is REALLY Up With Chase Utley? Things Don’t Look Good. 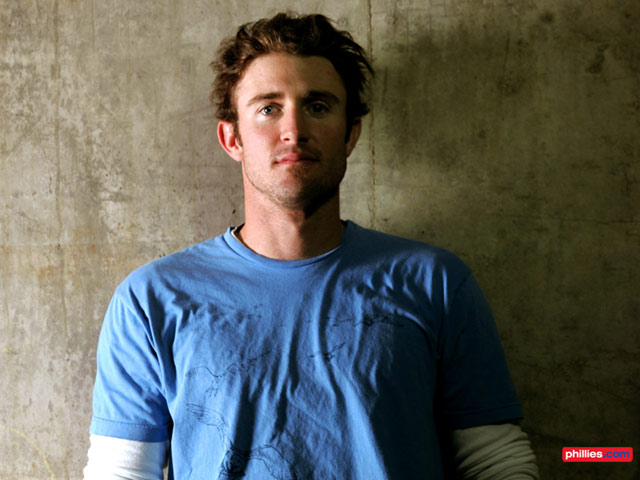 Well, Chase Utley's absence has not gone unnoticed.  However, after being assured he will be fine by opening day, it looks like we are in for some more news.

Chase's rehab process has come to a bit of a plateau. He has made some strides but not enough to take the field.  He is headed out of town for a few days to be evaluated by a specialist that has helped athletes overcome his issue.  We anticipate that this trip will allow him to build on what he has already done with Scott Sheridan in order to get over the hump.

Earlier after reading Jimmy Rollins' comments about Chase's range being a major issue, I had this idea:

Have Chase Utley begin the season at first base.   We know that for two months minimum the Phillies will be without Ryan Howard, and Jimmy Rollins says not to expect him for this season.  Rollins' prognosis was, "…going to his right and trying to throw back to first — going to get that ball and not having any legs to throw, he's probably not going to try to make that play anymore."

So why not give Utley the ability to rest his knees while keeping him in the lineup?  The Phillies could field this lineup:

The Phillies could still get Jim Thome an occasional day at first base; Ty Wigginton may be needed at third base and first base as well.

Some reports suggested the Phillies were looking for a utility infielder who could potentially make some starts.   During yesterday's game, I thought, "What about Omar Vizuel?"   Vizquel is not guaranteed a roster spot on the Blue Jays.  Should he not make the team, he could be an option for the Phillies.

ESPN's Buster Olney says he has heard Blake DeWitt, Maizir Izturis, Chris Getz, and Alberto Callaspo could be options for the Phillies via trade.

Should Utley NOT be able to play some first base, the Phillies are looking at this potential lineup without a trade/waiver acquisition:

This lineup is not totally terrible compared to others, but clearly the team will need to figure something out before the trade deadline.  Releasing Dontrelle Willis may have given the team a few hundred thousand dollars they can use.