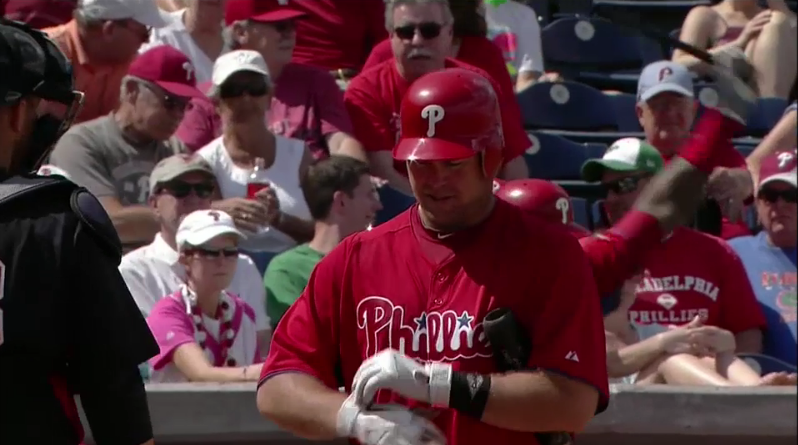 Just one of those games, I suppose. But, who cares, it's only spring training. In Dunedin to face the Blue Jays, Cliff Lee took the mound for the Phillies and pitched a tremendous six innings allowing just one run on five hits, no walks, and seven strikeouts.

Brandon Morrow got the start for the Blue Jays and held the Phillies hitless until the fifth inning when Carlos Ruiz slapped a single to right field.

Jose Contreras made an appearance in the eighth inning and allowed a run to score on a Kelly Johnson RBI double. The first run of the game came in the fourth inning with Jose Bautista scoring on a single from Adam Lind.

With a final score of 2-0, today marked the third game which the Phils have been shut out. They're now 9-10-2 on the spring.

The Phils will seek some redemption after this afternoon's game tomorrow against the Yankees in Clearwater. Game time @ 1:05.