Phillies Lose a Tough One, 13-9 to Yankees 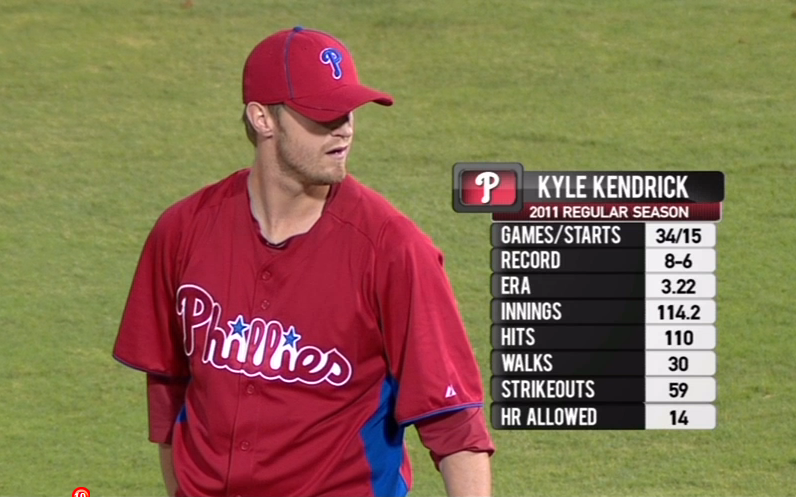 In the final Friday game of spring training and the first night game for the Phillies this spring, left-handed relief pitcher Antonio Bastardo took the hill in Tampa against Michael Pineda for the Yankees.

Pineda struggled early allowing three straight singles to Juan Pierre, Shane Victorino, and Jimmy Rollins. Juan Pierre scored on a single from Hunter Pence in the inning, giving the Phils an early lead. Pierre drove in the next run in the second inning, scoring Carlos Ruiz on an RBI single.

Antonio Bastardo's night was complete after 1 1/3 innings. He allowed no hits, no walks, no runs, and struck out none. Solid.

With Chad Qualls in, the Yankees came back and scored a run on Justin Maxwell's RBI groundout. It would be the only run Chad would allow, but he was a bit shaky tonight, walking two and allowing two hits.

The third inning is where it gets fun. With Jimmy Rollins on first base, Jim Thome smacked an RBI double to right field, scoring J-Roll. After Placido Polanco walked and Ty Wigginton reached on an infield single, Carlos Ruiz drilled a bases clearing double to left-center, putting the Phillies up 6-1.

Jonathan Papelbon had a gruesome outing in the third inning tonight. After allowing a single to Derek Jeter, Curtis Granderson hit a two-run homer, cutting the Phils' lead in half. Robinson Cano hit a single following Grandy. Alex Rodriguez and Eric Chavez both struck out, but after walking Russell Martin, Papelbon was sent to the dugout.

Kyle Kendrick stepped onto the mound and made matters much worse. After walking Andruw Jones, Justin Maxwell hit a two-run single, making it a 6-5 game.

In the bottom of the fourth with Kendrick still in, Alex Rodriguez tied it up with an RBI groundout. Eric Chavez followed with an RBI single, giving the Yankees a 7-6 lead. The runs Kendrick allowed were the first runs he allowed all spring.

Placido Polanco tied the game in the next inning with an RBI double, scoring Hunter Pence.

In the bottom of the seventh, pitching prospect Lisalberto Bonilla took the mound for the Phils and gave up a solo bomb to Dewayne Wise to kick off a horrendous inning. After Doug Bernier reached on a fielding error by Hector Luna, Chris Dickerson hit a ground rule double to score Bernier. Dickerson later scored on a single from Eduardo Nunez. 10-7 Yankees.

Colton Murray from Williamsport (I don't have any idea who he is, either), came in to pitch the eighth and allowed a single up the middle which was misplayed by Pete Orr at shortstop. Francisco Arcia scored. Dewayne Wise went deep again, scoring Zoilo Almonte. 13-7 Yankees.

In the ninth inning with two men in scoring position, Laynce Nix drilled a double, scoring two runs. However, that would be all for this ball game. Phillies lose, 13-9.

The Blue Jays will head over to Clearwater tomorrow to face the Phils at 1:05.