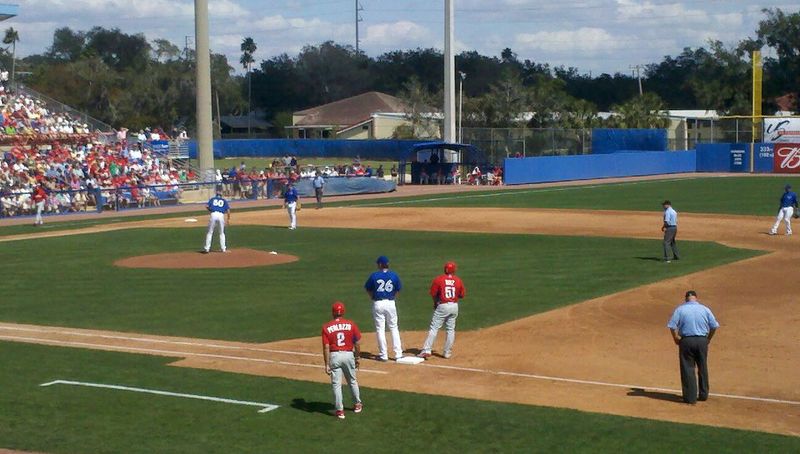 Cliff Lee took the hill to start this afternoon's game against the Blue Jays in Dunedin for his first start of the spring. This past offseason, the Jays acquired right fielder Ben Francsico from the Phils for the young, promising pitcher that is Frank Gailey. After yesterday's triumphant win against the Yankees, offensive superstar Hector "Big Tuna" Luna started at third base, with Wigginton over at first.

Shane Victorino, this afternoon's center field starter chopped a two-run single in the top of the third inning to score Carlos Ruiz and Jimmy Rollins. The Phils scored two more in the inning when Ty Wigginton popped up a sacrifice fly to score Juan Pierre, and John Mayberry Jr singled to score Shane Victorino.

The Phils took a 5-0 lead in the eighth thanks to Lou Montanez who scored Juan Pierre from third on a sacrifice fly to right. That wasn't the last of it, though. Freddy Galvis doubled to score Tuffy Gosewisch in the top of the ninth followed by a fielding error which allowed Galvis to score.

The Astros will pay visit to Clearwater tomorrow at 1:05. Be there or be square.