Eagles Flyers Phillies Sixers About Us Write For Us
A Prospect Not: Phillies Trade Matt Rizzotti to Minnesota Twins
ESPN's Jim Bowden Says Phillies Will Miss the Playoffs; Here's Why He is Wrong

Phillies Take On Yankees In Nighttime Game, Bastardo To Start 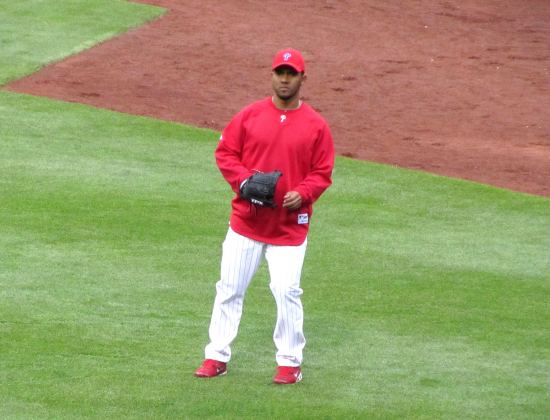 The Phillies will play the Yankees for the final time this Spring when they travel to George M. Steinbrenner Field tonight. With the rosters being shrunken quickly, the Phillies will make most of their cuts by the end of the night.

Yesterday, Juan Pierre was named to the 40-man roster. Pierre has a .421 batting average in 19 Grapefruit League games and should serve some additional support from the bench this season along with outfield depth.

Tonight, Antonio Bastardo (0-0, 4.26 ERA) will make his first Grapefruit League start. Antonio Bastardo, usually a late-inning relief pitcher, has had velocity issues this Spring which is a concern for the Phillies' best lefty in the pen. The Bastard allowed three earned runs in two thirds of an inning of work in his last outing, against the Pirates.

Michael Stutes was originally scheduled to start, but he was scratched with shoulder soreness. Stutes said that he has had this soreness for about a week and thought it would go away quickly, but it hasn't. He will remain in minor-league games so he'll be eligible for a back dated DL stint.

There is good news tonight as well. Freddy Galvis is back in the lineup after taking a foul ball off of his foot earlier this week. Galvis is playing second base and should be ready for Opening Day.