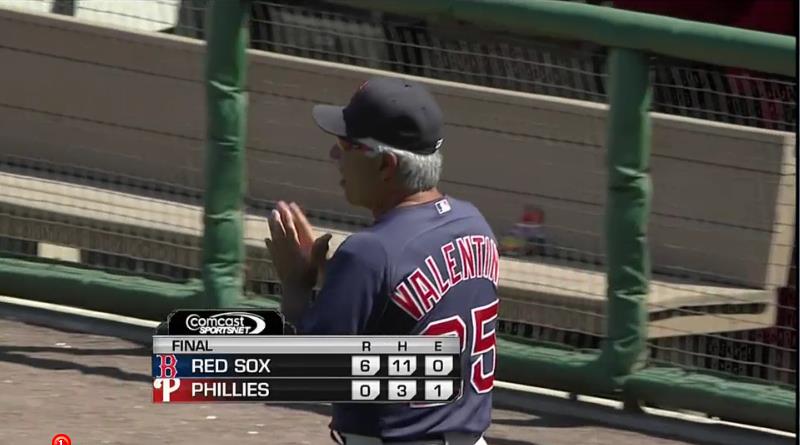 Even for spring training, these shutouts are getting a bit old. However, Jon Lester looks ready to go for Opening Day for the Sox. Lester struck out 10 Phillies batters in a span of seven innings. He allowed only two hits, and that was a double hit by Freddy Galvis, and a single from Lou Montanez in the third inning.

Joe Blanton got the start for the Phils this afternoon in Clearwater. He allowed eight hits, two homers, and five earned runs while striking out four in five innings.

Dustin Pedroia put the Sox up early in the first inning with a solo homer. In the next inning, Jarrod Saltalamacchia scored on a throwing error.

The next three runs all came in the fifth inning. David Ortiz singled to score Lars Anderson, and Cody Ross drilled a two-run homer.

With Tyson Brummett on the mound for the Phils in the ninth, Mauro Gomez took him deep to put the Red Sox up 6-0. And there's your ball game.

Tomorrow, Pittsburgh will come to town to face the Phils at 1:05.