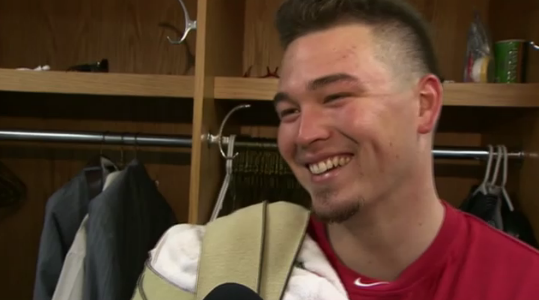 After a 4-4 tie with Detroit and a 3-0 loss to New York in split squads yesterday, the Phillies, yes only one squad, will take on the Pittsburgh Pirates this afternoon. The Phils defeated the Pirates last Friday in extra innings, 5-4. A walk off home run from Lou Montanez sealed the win for the Phillies.

Today, the Phillies will send out Vance Worley (0-1, 9.00 ERA), who is coming off of a rough first start of Spring. In his last start on Thursday against the Astros, Worley struggled with location and gave up two earned runs on five hits in just two innings of work. The Phillies went on to lose to Houston, 10-3 Thursday. Worley has been learning a split finger changeup from Roy Halladay and said that he had been practicing it for only a couple weeks. He left it hanging and he got hurt from it.

The Pirates, who are 3-6 on the Spring, will send out Charlie Morton (0-0, 0.00 ERA). Morton, whose delivery is strikingly similar to Roy Halladay's, will make his first start of the Spring.

Charlie Manuel will send out this lineup against the Pirates: