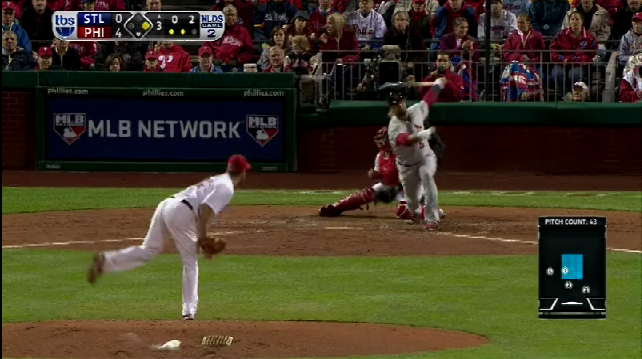 Back in 1998 I was kind of confused: why couldn't each league get one of the expansion teams and the Milwaukee Brewers stay where they were?    The reason given was that it would be a scheduling nightmare.   However, the imbalanced schedule has proven to be a nightmare.

Back when interleague play started, many teams lined up for these "natural" rivalries.  Here in the east, we had:

Of course, the Expos moved to Washington D.C. and became the Nationals, and then the Phillies, Braves, Blue Jays, and Red Sox have been in a confused interleague mess ever since.   The Braves first complained it was unfair they had to face the Red Sox six times while the Phillies faced the Blue Jays six times.

Then, after swapping opponents, the Phillies complained it wasn't fair when they were facing the Red Sox six times.   The current state of affairs is a split: The Braves and Phillies get three each against the Red Sox and the Blue Jays.

Unless, of course, some other alignment doesn't work out.

The last few years the Phillies have had a random extra series against the St. Louis Cardinals.  This season the Phillies travel to Minnesota play a superfluous series againt the Minnesota Twins, even though the interleague schedule supposedly lines up the NL East with the AL East.  While I really wanted to travel to some cities in the past for interleague play, some teams were just outright skipped.

Competing for a division title, all teams should have a fair, balanced opportunity.   This new arrangement of two 15-team leagues, Major League Baseball can do much better.

By virtue of the two 15-team leagues, there will be interleague play at all times, even opening day.  But, there are now six five-team divisions.  The days of the six-team NL Central being matched with a four-team AL West and creating a scheduling imbalance are no more.

I propose the 162 game schedule include the following:

That is a clean 162.  The Phillies, Braves, Nationals, Marlins, and Mets will all face the same opponents, and there will be no imbalance.

The only way there will be an imbalance is for the Wild Card.   One could argue that the teams playing the AL East get the Yankees, Red Sox and Rays, while the only strong opponents in the central are the Detroit Tigers and an up and coming Cleveland Indians.  The addition of the second wild card could even some of this out.

Teams love selling tickets and taking advantage of Red Sox and Phillies and Yankees fans willing to travel.  Let everyone get a chance.   And, give me a chance to travel to some new cities now and then that get skipped in the current mess.

Every three years we will still get our "natural rival".  Maybe that will make it more special.   The impression I get so far is that MLB is looking at just the current interleague matchups.  The division to division would better line up, but teams would sitll have their natural rivals and probably a random series or two in their own league.  I sure hope that is not the case.