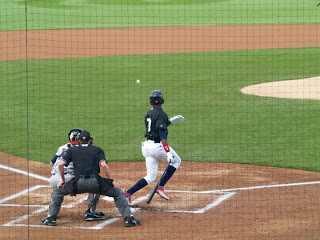 There are new workout groups in Clearwater. There are also new cuts. Eric Pettis was a surprise cut, but Matt Way was not.

Hog Blog, as usual, had a great post today. It really shed light on a lot of stuff, including Chin-Hung Lu failing his physical, and the battle for back up catching jobs. Good stuff.

Today, we're going to do this a little different. We're adding Clearwater to the mix. Hopefully we'll have a Lakewood prediction by the weekend. Here we go: