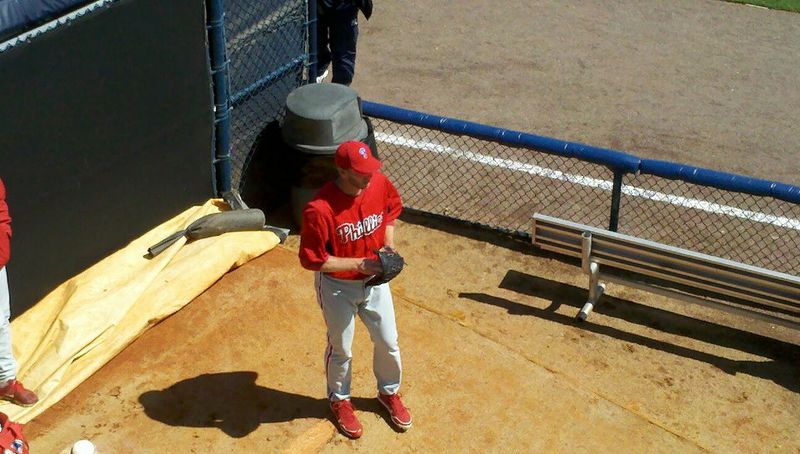 UPDATE: There is heavy rain over the Lakeland area. There is a possibility the game may be canceled. We will let you know ASAP.

After yesterday's extra inning walk-off win against the Pirates, the Phillies have pulled to 3-3 on the Spring. Cole Hamels was spectacular in his outing yesterday, throwing 3 2/3 scoreless innings while allowing just four hits. Hamels added two strike outs to his total and brought his ERA down to 1.59.

Today, Roy Halladay (0-0, 4.50 ERA) will make his second start of the spring as he takes on the Detroit Tigers. In Halladay's last start, against the New York Yankees on Sunday, he pitched two strong innings, allowing just two hits and one run,  coming off of an Alex Rodriguez home run. Doc also K'd three Yankees that day.

Halladay will take on the Tigers' lineup consisting of newly-acquired Prince Fielder. The Tigers will also send out Max Scherzer (1-0, 0.o0 ERA) against the Phillies lineup. Scherzer threw two scoreless innings in his first start on Sunday, allowing just three hits, one walk, and a pair of strikeouts.

Charlie Manuel will send out this lineup today:

The game will not be shown on TV this afternoon. You can catch it on the radio 94.1 WIP.