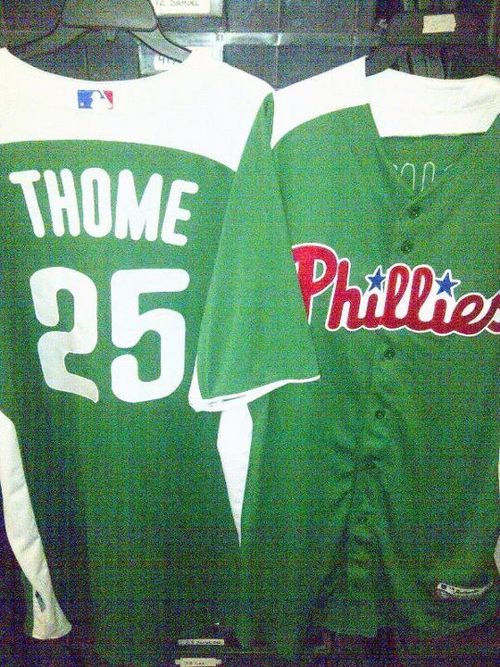 While you all may be sipping Bailey's all day, the Phillies still have a game. The Phils will face the split-squad Toronto Blue Jays. After falling to the Pirates 3-2 yesterday, the Phillies are still looking for some offense. Something that has not shown up to Florida, yet. In 16 Grapefruit League games, the Phillies together have collected a .277 team average, 71 runs, 11 home runs, and 69 RBI. Those numbers may seem big, but their definitely not the best this team can put up.

Today, Vance Worley (1-1, 3.00 ERA) will get his third start of the Spring. In his last outing, on Monday, against the Pirates, the Vanimal was scary-good. He ripped through the Pirates' lineup like tissue paper through 4 perfect innings. He added 8 strike outs to his line, but the most amazing part is that Worley only threw 28 pitches, all of them were strikes. Today we'll get to see him come off a very strong start against the Blue Jays.

The Phillies will send out this lineup against the Blue Jays.