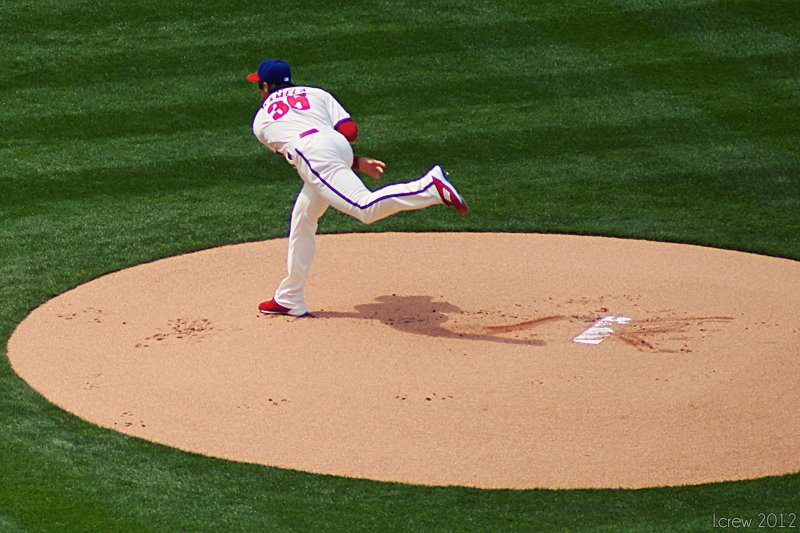 The Phillies  have been outscored by the Mets  10-2 through the first two games of this weekend series. The Fightins dropped game one, 5-2 on Friday night and were blanked yesterday afternoon, 5-0. With the Mets taking the first two games, they have already won the series match up, their first series win in Philly since September 24-26, 2010. If they can sweep the Phillies today, it will be the first time in almost six years. The last Mets' sweep in Philadelphia came on June 13-15, 2006. Let's hope Cole Hamels can prevent that from happening.

The Phillies are 3-5 on the year, sitting in fourth in the NL East while the Mets are 6-2 and hold second place in the standings. Cole Hamels (0-1, 5.06 ERA)  is hoping to move his team closer to the top as they take on the Mets in this series finale before hitting the West Coast for a 10-game road trip. In Hamels' last start, the home opener, he was rocked around by the Marlins as he gave up  four runs (three earned) on eight hits through 5 1/3 innings. Hamels did, however, strike out 9 batters before being replaced in the sixth. Hamels took the loss in the 6-2 defeat and he hopes to make an improvement today as he takes on the Mets.

Hopefully the Phils can wake up from the offensive slump against a pitcher who they have showed dominance against over the past years. The Phillies' hottest hitter is Freddy Galvis, who started his career 0-12 and is now 6-15 (.400). Galvis has never faced Pelfrey, but we'll see how he and the rest  of the lineup takes him and how much they back up Hamels today.

You can watch today's game on TV on myPHL17.