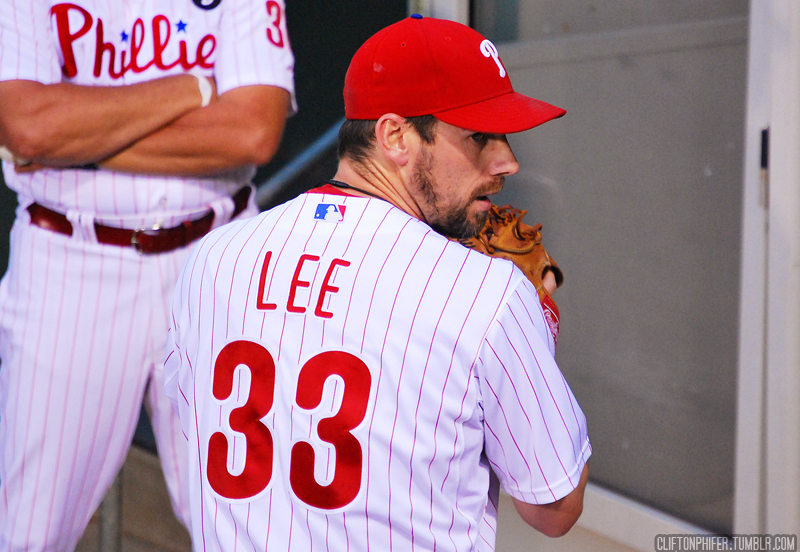 The Phillies finally won their first series of the season. Last night, Joe Blanton was spectacular through 7 innings, allowing just 3 hits and one earned run. Blanton was backed by home runs from Shane Victorino and Ty Wigginton to beat the Marlins, 3-1 and take the series 2-1. Tonight, the New York Mets (4-2) will come to CBP for game one of a three game set. It's the first series match up with the Phillies of the season.

Cliff Lee (0-0, 1.50 ERA) will make his second start of the year as he takes on the Mets. In Lee's last start, against Pittsburgh on Friday, he tossed six strong innings allowing just one earned run on two hits to earn the no-decision. Although Lee's dominance on the mound got the Phillies through the first half of the game, the offense was unable to pick it up and eventually lost the game in the 10th inning, 2-1. In his career against the Mets, Lee has a 2-0 record with a 0.43 ERA.

Opposing the Phillies is knuckleballer R.A. Dickey (1-0, 3.00 ERA). Dickey's first start of the year proved to be a win as bested the Braves through 6 innings allowing 2 earned runs on 5 hits and 4 walks. Dickey has faced the Phillies a number of times in his career, but last season he did not pitch in Citizens Bank Park. Despite a 2-3 record and a career 2.61 ERA gainst the Phillies, Dickey has never won a game at Citizens Bank Park in two career starts.

The offense was silent in the beginning of the game, but they came around to score enough runs to get the win. With the knuckleballer Dickey opposing them, the Phillies will need to wait for a good pitch and prevent Dickey from getting ahead in the count. Swinging at first pitches and popping them up will only keep Dickey's pitch count low. The Phillies need to be hesitant, but still aggressive at the plate tonight.

As for Cliff Lee, he just needs to keep on doing what he does best: fooling batters. Lee's command, foul-tips, and possible "squeezing of the zone" by home plate umpires cause Lee's pitch count to rise quickly.

FACTS: Today is Hunter Pence's 29th birthday as well as the third anniversary of the passing of legendary Phillies' broadcaster Harry Kalas. You can read the Philliedelphia crew's memories of Harry here.

You can watch tonight's game tonight on myPHL17!