Matt Cain Re-Signs With the San Francisco Giants; All Eyes on the Phillies and Cole Hamels 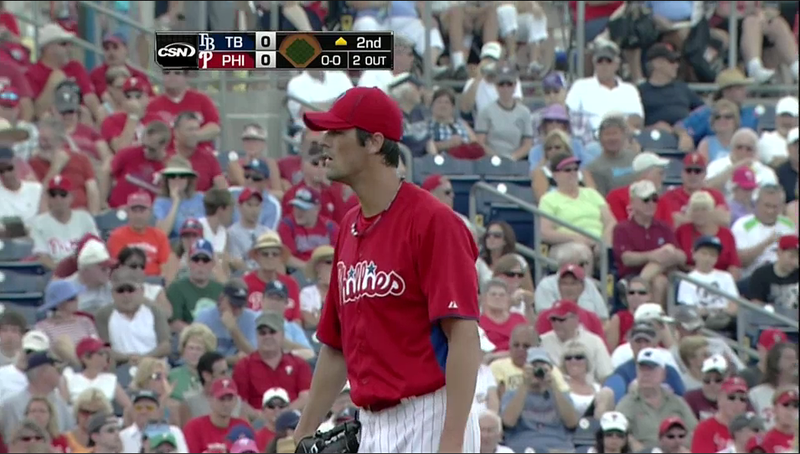 According to the San Jose Mercury, Giants pitcher Matt Cain has signed a new contract, keeping him under San Francisco Giants control through 2017.

"Ensuring that Matt remained a Giant beyond this season was a top priority for the organization. Matt is an integral part of the team whose performance on the mound will be one of the keys to our success for years to come," Giants General Manager Brian Sabean said in a statement released by the team.

Cain's deal is $100 million for five years, which begin at the end of this year's contract.   There is also a $5 million signing bonus, and a vesting option for 2018 that has a $7.5 million buyout.

So, that essentially is $112.5 million for five seasons for Matt Cain, the closest comparision to Cole Hamels, also set to approach free agency at the end of the year.

If the Phillies signed Cole Hamels for that exact contract, I would do it.  Granted, if Hamels got to free agency, he could command even more than Cain if multiple teams are bidding for his services.  The Phillies recently gave Cliff Lee $120 million for five years; $112.5 seems reasonable for a pitcher who is younger than Lee was at the time.