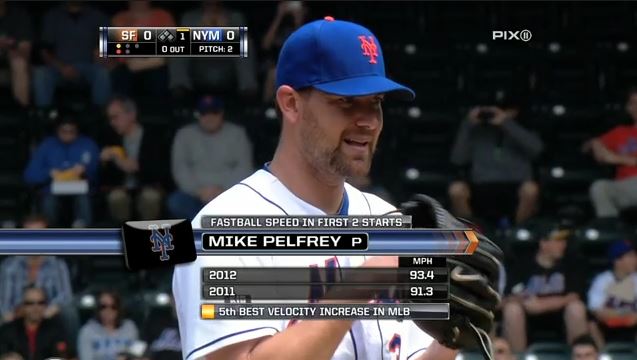 The third place New York Mets may be three games over .500, but they have some bad news to break. Righty Mike Pelfrey will undergo Tommy John Surgery, ending his 2012 season prematurely. Pelfrey, 28, was put on the 15-day DL Tuesday afternoon with elbow soreness that was retroactive to April 22nd.

Pelfrey made just three starts this season, one against the Phillies. He posted a 0-0 record with a 2.29 ERA in those three starts. On April 15th, Pelfrey held the Phillies to one run on eight hits through six innings of work, but the Phillies got to the Mets's bullpen later in the game.

Tommy John Surgery will most likely make Pelfrey a better pitcher, as it does to most of its patients. We won't be seeing Pelfrey again this season, so what does this mean for the Mets?

Well since Pelfrey is out for the season, the Mets will have to use Robert Carson. Carson, a call up from Binghamton (AA) of the Eastern League, went 0-0 with a 3.18 ERA in five games with Binghamton.

It's highly unlikely that the Mets will play good baseball all year long. Ike Davis can't carry this team for 162 games. The Mets also have no fan support and that will affect them in the long run. We can basically rule out the Mets as a threat for us this season, but with the absense of Pelfrey it will make it a little easier.