Opening Day In The Minors 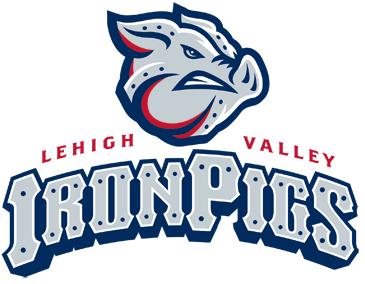 It's not just Opening Day in the Majors- It's Opening Night in the Minors. The Lehigh Valley Iron Pigs open their season tonight against the Scranton/Wilkes-Barre Empire State Yankees. The Yankees are homeless this season, and start their long road trip in Allentown.

They were supposed to do so against Dave Bush, but he's suspended. He's out five games for his role in a bench-clearing brawl in spring training against Indianapolis (Pirates). With Bush out, the Iron Pigs called on Reading's best returning arm, Tyler Cloyd (9-4, 2.85 in 2011). Cloyd threw at Reading and Clearwater last year, and was very impressive, to the point I thought he MAY just make it here anyway. I don't doubt that he'll get some AAA starts in 2012, in what is a very, very important season for him. He had some dominant starts this spring, and appears ready to go.

Scott Podsednik's getting a week off as a result. He's on the temporary inactive list for "personal reasons." I'm not sure what to make of this, as to whether it's just a roster move for the Pigs to function, or if he's actually going away for some reason.

Meanwhile, Reading kicks off the season with a double header against Portland. Jon Pettibone is getting the first game for the R-Phils. They're handing out Ryan Howard and Crazy Hot Dog double bobble heads. I believe Cloyd was supposed to throw for them, so the R-Phils need a starter in game two as well. With Julio Rodriguez having thrown the exhibition, that means either Trevor May, David Buchanan, or the bullpen have game two.

Clearwater opens tomorrow against Dunedin, with Adam Morgan (3-3, 2.01 ERA for Williamsport) getting the call. Lakewood opens up tonight at Greenville, sending Lino Martinez (6-2, 2.79 at Williamsport) to the hill there.