Phillies fans are known for being incredibly sharp and come up with many clever things.  Now that Ozzie Guillen said some stupid things that really upset the Marlins fanbase and is suspended and won't be at Citizens Bank Park tonight.

What can Phillies fans come up with for tonight's game against the Marlins?   Here is a look down memory lane:

Pat Burrell Returns to Philly With the Giants: 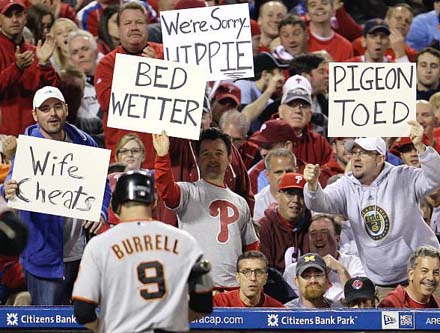 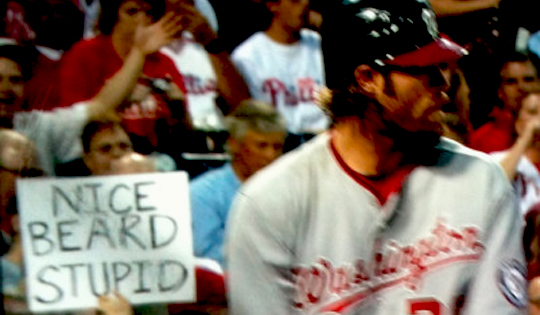 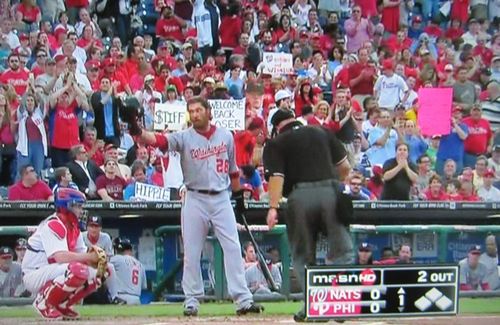 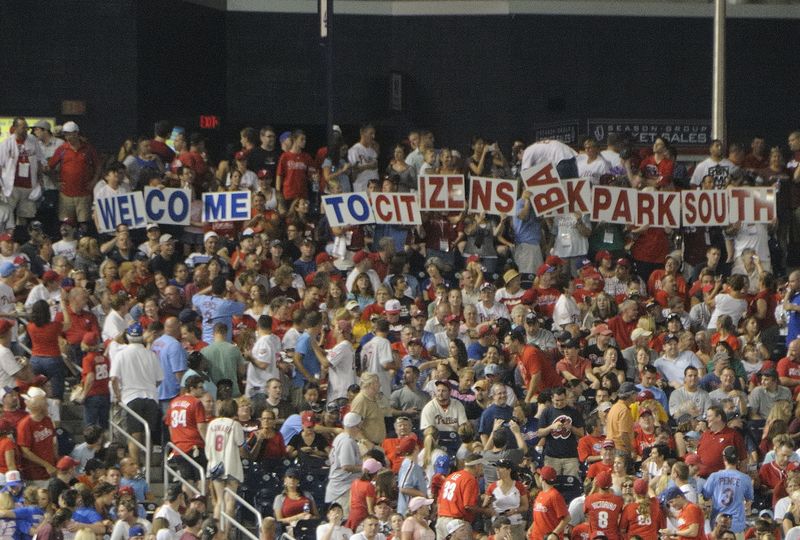 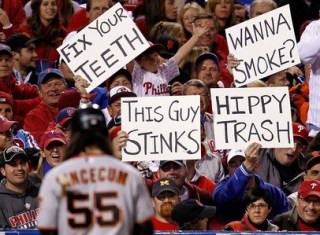 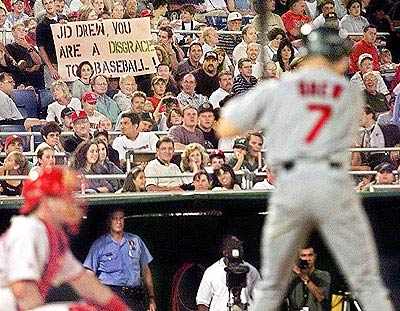 So whatcha got Phillies fans?  Comments below – let's get ideas!