Pat Burrell To Retire a Phillie; Will Throw Out First Pitch for Giants Against Phillies Next Week 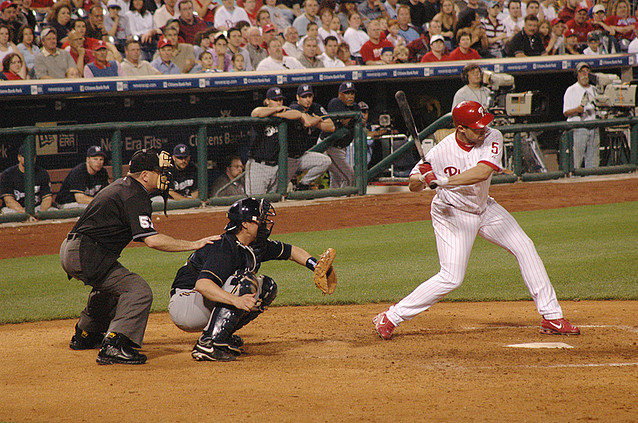 That's right. Pat "The Bat" Burrell will sign a one-day contract with the team he began his career with this upcoming May.

Burrell began his career with the Phillies as a first overall pick in the 1998 MLB Draft. Burrell made his debut in 2000 and ended his tenure with the Phillies after their 2008 World Series title run. In nine total seasons as a Phillie, Burrell batted .257 with 251 home runs, and 827 RBI.

Burrell moved on to Tampa Bay after the 2008 season only to become a DH in the AL. In 2010, Burrell signed a minor-league deal with the San Francisco Giants. After being called up, Burrell helped the Giants overtake the Phillies in the NLCS and eventually the Rangers to win the 2010 World Series.

Next week Burrell is scheduled to throw out the first pitch for the San Francisco Giants against his former team the Phillies, whom of course the 2010 World Champion Giants defeated en route to the N.L. Pennant.