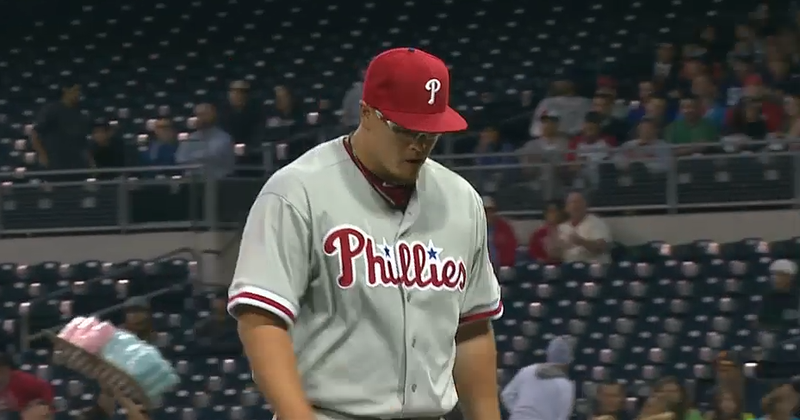 Vance Worley will be taking the mound again tonight against the Arizona Diamondbacks in Arizona for the last late late game until the Phillies head to Los Angeles in July.  Do you think you can stay up for just ONE more game?

The good news is, Hunter Pence is back.   The bad news is, there are seven  other Phillies in the lineup too, and probably will be as impotent as usual.

The second night in the row the Diamondbacks will pitch an inexperienced, winless pitcher, which sure does not bode well for the Phillies.  Josh Collementer is 0-1 with a 10.22 ERA in three starts.  By the end of the night, expect that ERA and the .302 batting average he has allowed to drop signficantly.

Things that go in the Phillies favor are that Pete Orr and Laynce Nix both get to start.  These two guys are the only people on the team with multiple doubles.  As I mentioned last night, Pete Orr would be on pace for 161 doubles if they let him play every day.   Schneider catches Worley like he often does.

9:40 tonight on Comcast Sports Net.  If it gets boring, the Comcast Network is showing a rerun of a poker game.