Phillies “Haven’t Called” Cole Hamels in a While; I Say Sign Him Now or…Trade Him 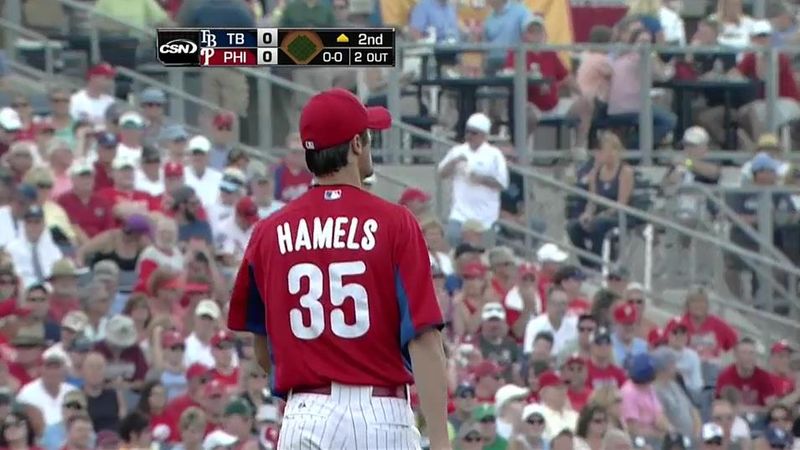 "Word came yesterday that the Phillies haven't recently contacted star lefthander Cole Hamels, who's going to be a free agent after the year….The…possibility, of course, is that the Phillies are so spooked by the $112.5-million Matt Cain Giants extension that they aren't quite sure what to do."

Should this be a concern?

Well, maybe, maybe not.   I think we've learned the following about the Phillies:

So what could Amaro do?

Well, one option is, if the Phillies feel comfortable with Cliff Lee and Roy Halladay for this season, and the Phillies offense is floundering, the Phillies could make a creative trade.  It would have to be just right, though.

Trade Cole Hamels to a desperate contending team for some of their top-shelf talent.  If they can do so, and I don't mean in an Aumont-Gillies-Ramirez kind of way, they can use a combination of prospects received and prospects they have to grab a top-talent bat from a non-contending team who might be looking to unload players.

Now, what about the Phillies' great pitching staff?  Surely we would not want to totally weaken a point of strength.

There are stopgap measures for this season: if Roy Oswalt is still sitting around, is healthy, and rested for a stretch run, they could grab him.   The Cubs are looking to stock up on prospects and younger talent, so maybe Matt Garza is an option.

Long-term? Ruben Amaro could still look to pick up a young ace, such as one of the Tampa Bay Rays, who always seem to have an extra top starter.  What are the odds the Tampa Bay Rays pay David Price?  If the Phillies could work out a trade, maybe they would have better luck locking Price up to an extension.

Also, if the Phillies are constantly criticized with clogging their lineup with aging players, would the same thing happen with the starting rotation?   Yes, Cole Hamels is much younger than Halladay and Lee.   But if there indeed are "baby aces" in Reading and a young Vance Worley on the staff, they will need rotation slots soon.  Do the Phillies need to clog all of them?

It's bold, it will be unpopular, but would it be the best move?