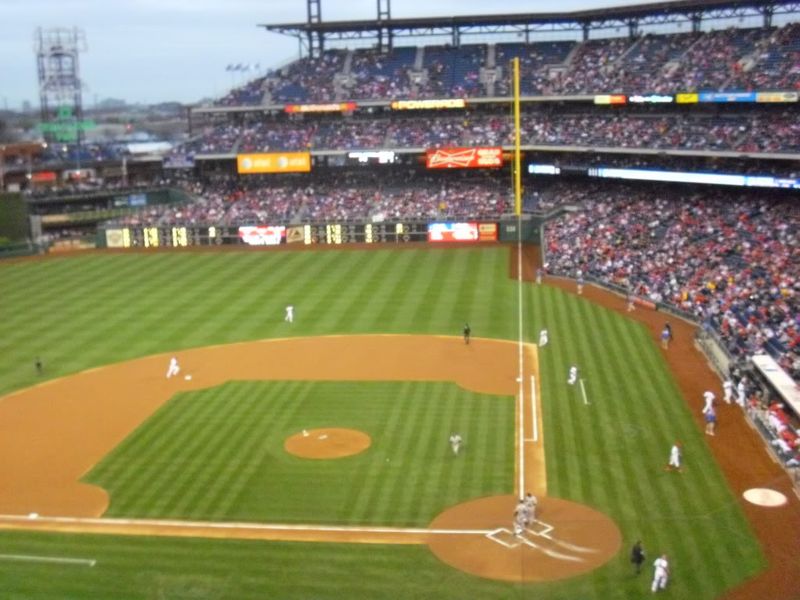 It was 2004, and there was great excitement in the air:  Citizens Bank Park is opening!  There was overwhelming demand to see the brand new park, so the Phillies set up a two-game preseason series against the Cleveland Indians, whom Jim Thome just left a couple years before.

Here is who the Phillies have faced in these On Deck Series held from year to year:

The series against the Tigers, Blue Jays, and Pirates meant absolutely nothing to anybody.

The Red Sox series were pretty neat – a bunch of Boston fans came down and I had the opportunity to tell them what a bust J.D. Drew would be for them.  I'm glad time proved I was right.

In 2008, I had the pleasure of attending the game and sat behind the Blue Jays dugout.  Alex Rios threw me a ball.   But the tickets were free, as an uninterested Main Line fan with money gave the tickets to his bartender.  He gave them to his sister.  She said, "Hey Frank – let's go to the game and sit behind home plate – it was free."

The game did have an interesting moment:  big muscular Matt Stairs was in the starting lineup, donning a #24 jersey.  Even though the Blue Jays had no names on their jerseys, we could tell who Matt Stairs was.   Then some skinny guy came in for the 8th inning wearing #24.  Definitely not Matt stairs.  I still don't know who he was.

The 2009 series had a gimmick: it was a World Series rematch of sorts, at Pat Burrell was coming back to Citizens Bank Park.  Cole Hamels started the game, and Pat Burrell was playing right field and leading off.

Manager Joe Maddon threw Burrell in to get an at bat, and immediately replaced him in right field with Ben Zobrist.  Time to rest the regulars for real baseball.

Need a ticket?  Have a dollar?  Check out Stub Hub: 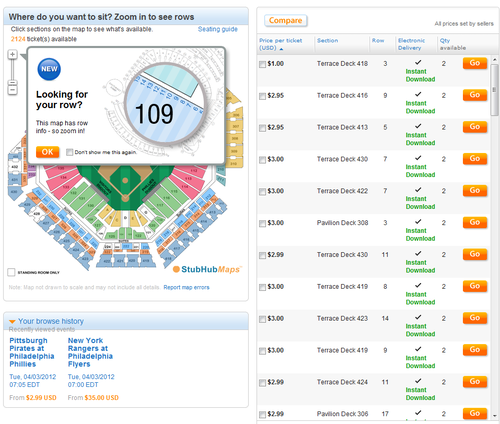 Now, I had to buy a pair as a full-season ticket holder.  Tickets were cheaper than regular season, but I still had to buy two meaningless games against the Pirates.

It will be 54 degrees at game time, and heading down towards the 37 degrees that is tonight's low temperature.

When Anderson Hernandez grounds out to Pete Orr, I'll bet the house will be rockin'.

Now, the Phillies have added a bunch of gimmicks trying to excite people.  The email sent to Phillies fans says:

Arrive early as you never know where you might run into your favorite Phillies player…before and even during the game. Enjoy special merchandise discounts, autograph opportunities with alumni, special activities and take your picture with the 2008 World Series Trophy.

Awesome – so David Herndon can scan my ticket and Michael Martinez can hand me my Jim Thome print covered in ads.  The trophy is everywhere and we've all seen it a million times already (how about winning another one?).

I'm sure the fans in Florida would much rather have two more opportunities to hang out at the Tiki Bar and soak up the sun.

Time to let it go, Phillies.