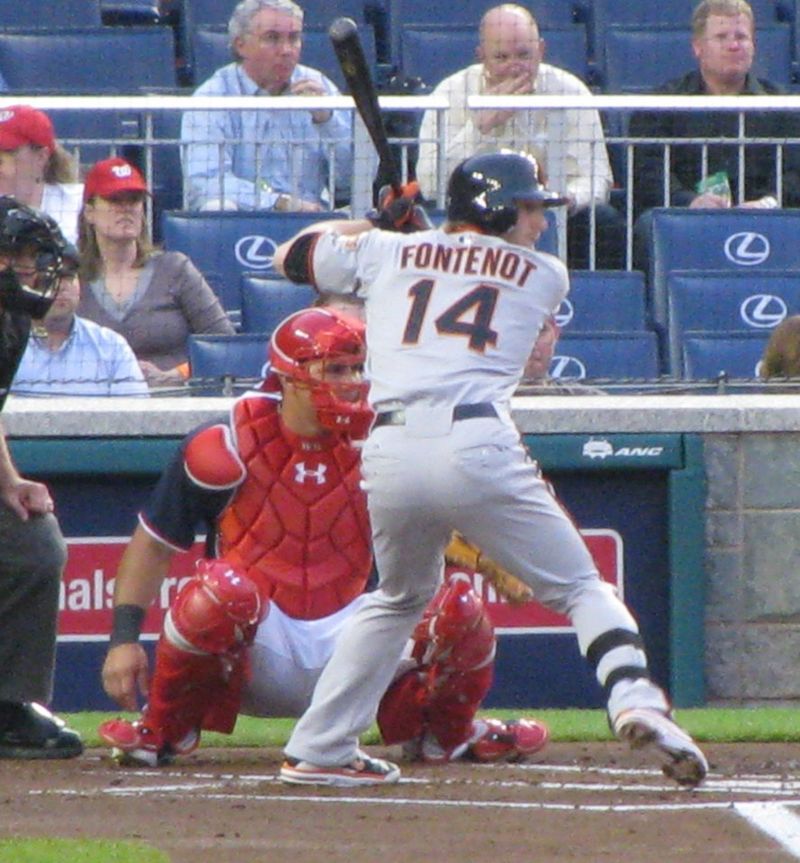 According to Fox Sports' Jon Morosi, the Phillies may be interested in utility infielder Mike Fontenot. The 31 year-old Fontenot was released by the San Francisco Giants on March 30, 2012 after posting a .278 avg in 13 Cactus League games. The Phillies have been searching for infield depth all Spring long after the losses of Chase Utley (knee) and Michael Martinez (foot) due to injury.

Fontenot got his start in 2005 with the Chicago Cubs and was traded to the Giants in August of 2010. Fontenot was a member of the Giants team that beat the Phillies in the NLCS. Go figure.

Anyway, in six seasons, Mr. Fontenot is a career .263 hitter and has totalled 26 home runs and 158 RBI. Fontenot is not a bad choice for the Phillies. He is a solid infielder who has experience in all corners of the infield. He may not have the hottest bat, but at least he's no John Bowker.

It'll be interesting over the next couple of days to see what the Phillies do.