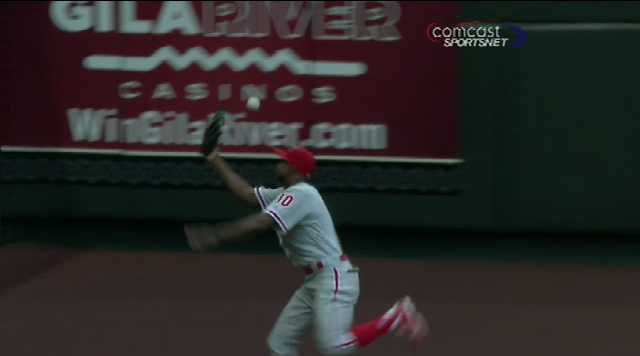 So basically I was freakin out on the Twitter like everybody else, cursing at current Phillies and all, and I got a personal reply from Ryan Howard:

Oh, silly friggin me: I should be calming down.  The Phillies dream lineup of Juan Pierre, Ty Wigginton, Placido Polanco, and Freddy Galvis is gonna get their ish together and all of a sudden decide to win.

The Jorge analysis is: THIS TEAM IS SO F$*!ING FRUSTRATING AND I CAN'T STAND WATCHING IT SO WHAT GOOD ARE THE PHILLIES IF I DON'T EVEN ENJOY THEM AND WHY ARE THE PLAYERS SAYING "HEY MAN, RELAX!" WHEN THEY HAVEN'T BEEN THIS BAD IN SO LONG.

Here are some other people who seem to agree with me: 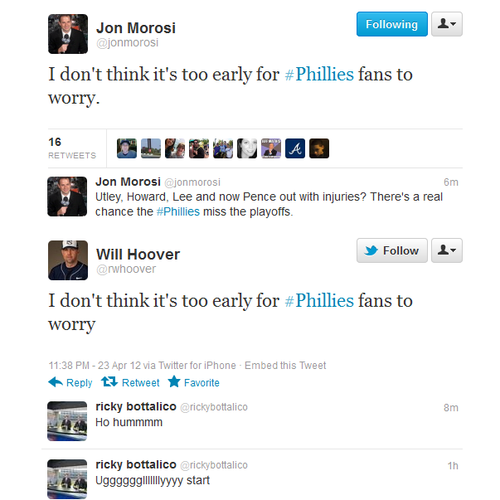 (Will Hoover is the Penn State hitting coach)

Bob Ford says that it gets late early.