Should the Phillies Let Scott Podsednik Go to Sign With A Major League Team? 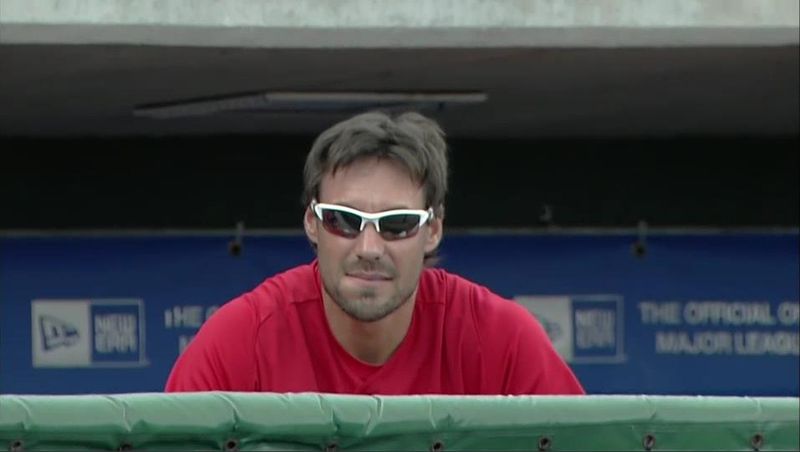 Scott Podsednik really felt he did everything he could to make the Phillies this year. This Spring Podsednik hit .309 with five doubles, a home run, and five walks.

I personally felt he was superior to Juan Pierre in defense, power, speed, and would have been the better choice.  But, the Phillies chose Pierre, perhaps due to a contract stipulation that Pierre would have had to been released the last week of March if not on the Major League roster; Podsednik has a similar stipulation but that does not happen until June.

Today, Fox Sports' Ken Rosenthal suggests that Podsednik could be one option available for the Red Sox, in need of an outfielder, "should the Phillies "let him go for a Major League job".

Upon learning that he was being sent to the minors, Podsednik failed to report to AAA Lehigh Valley and had to be placed on the restricted list.  He eventually did, and he has not been his old self.  Podsednik is just 2 for his first 13.

It's a moral dilemma more than a baseball one: do they keep depth at AAA, knowing full well that the player could be in the major leagues elsewhere?

On the selfish side of things, the Phillies see Juan Pierre hitting .143 and collecting one stolen base (on which he really was out).  Is that enough to make the Phillies feel comfortable?

Or, do they figure that someone has to go soon as Utley or Howard are back, and it would be that player, given that Mayberry would no longer be needed at first?

I personally feel that the Phillies should let Podsednick take an opportunity with the Red Sox or another team, should he have it.  He's running out of chances and it's only fair.