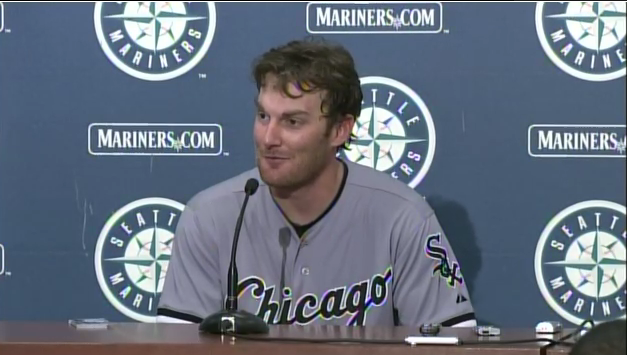 This afternoon, Chicago White Sox righty Philip Humber tossed a perfect game against the Seattle Mariners. The White Sox scored four runs for Humber who did the rest of the work, striking out 9 Mariners through 9 perfect innings. Humber threw just 96 pitches, 67 for strikes. Humber's perfect game is the 21st in MLB history as well as the first perfecto/no-no of the 2012 season.

The last perfect game came on May 29, 2010 and it belongs to Roy Halladay, who tossed the 20th perfect game in MLB history against the Florida Marlins. Doc struck out 11 Marlins hitters in the Phils' 1-0 win.

The season is just a little over two weeks old and there is no telling of how many no-hitters will be thrown this year.

For now, congratulations to Mr. Humber on his perfect game.