At Citi Field, Phillies try to climb out of cellar again 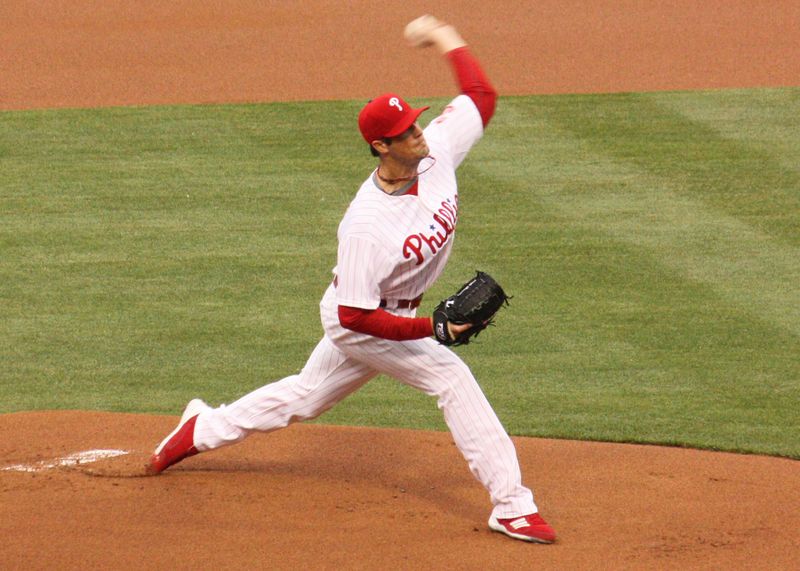 Cole Hamels will start the opener of the Phillies' three-game series with the Mets. (Philliedelphia/Kevin Durso)

It seems like we've been saying the same thing for several series now. The Phillies just can't seem to find their way out of last place. The problem: everybody in the division is playing teams from other divisions. Now that the Phillies can consistently meet some divisional foes, this will prove what this team is really made of this season.

Their first test comes against the New York Mets, a team that swept the Phillies when they were at their worst this season just a few weeks ago.

They come in with the National League's best hitter in David Wright, and a couple of real offensive weapons in Ike Davis, Daniel Murphy and Lucas Duda. Out for the series with injuries are Jason Bay, Ruben Tejeda and Josh Thole all on the DL.

In the opener, Cole Hamels (7-1, 2.17 ERA) goes against Jon Niese (3-2, 4.29 ERA) – Hamels continued his great season with another gem against the Nationals on Wednesday. He pitched eight shutout innings allowing just four hits on the night. He has won each of his last four starts. Hamels beat the Mets on April 15, pitching seven innings and allowing two runs. In his career against the Mets (18 starts), Hamels is 4-10 with a 4.33 ERA.

Niese allowed one run in 7 2/3 innings against the Pirates in a winning effort in his last start. Niese won a start against the Phillies on April 14, pitching 6 2/3 shutout innings, and took a no-decision on May 7, allowing two runs over five innings. Both were Mets wins. In his career against the Phillies (10 starts), Niese is 4-4 with a 3.58 ERA.

Hefner took a loss to the Padres allowing six runs over 3 2/3 innings. It was his first career start and third appearance of his career. He will make his debut against the Phillies in this start.

In the finale, Cliff Lee (0-2, 2.82 ERA) gets the start against Dillon Gee (4.92 ERA) – Lee took a no-decision after allowing three runs over seven innings. Lee is still winless on the season and this will be his last chance to win a game in May. Lee lost to the Mets on April 13 allowing four runs in seven innings and took a no-decision on May 9 allowing two runs over six innings. In his career against the Mets (five starts), Lee is 2-1 with a 1.85 ERA.

The Mets have really been a thorn in the Phillies' side this season, which is why I don't see this being a fun series to watch if you're a Phillies fan.

The opener will not be a guaranteed win, but how can you pick against Cole Hamels right now? He's been pitching brilliantly and I'd expect more of the same.

The other two matchups are tough to call. Both Blanton and Lee took no-decisions in their last starts against the Mets because of a shaky bullpen. In the Mets' sweep at Citizens Bank Park earlier this month, all three games were lost by the bullpen. Since then, the pen has recovered some, especially in the later innings where there seems to finally be some regularity.

It really comes down to the starting pitching holding the Mets off the board and the Phillies capitalizing on chances. I have the middle game going to the Mets because of Blanton's last two starts, but if he holds the Mets off the board like he did other teams in the first month or so of the season, that can easily change. The Phillies certainly have the potential to score off of a rookie pitcher in that game, so if Blanton gives the Phillies a quality start, they may be able to take that one.

In Cliff Lee's quest for his first win, it's hard to believe May could pass with Lee winless. But I just can't seem to think that any one of these starters, unless it's Hamels, has the ability to really command a game from start to finish. This would be a great game for Lee to prove me wrong.

The Phillies return home after this series with the Mets for a week-long homestand featuring series against the Marlins and Dodgers.