Blanton Looks to Rebound From Recent Falters, Takes On Mets 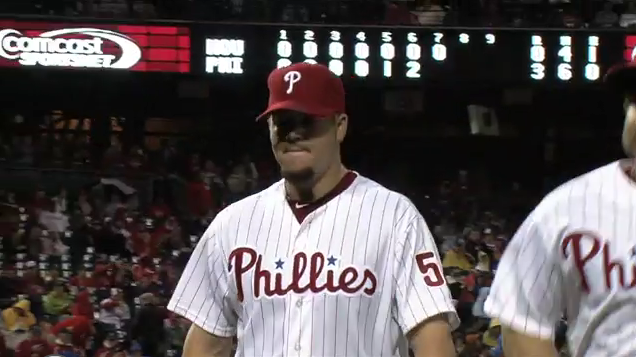 Today, the Phillies are looking to take the series in New York after taking yesterday's game by force, winning 8-4. Ty Wigginton came up clutch, going 3-3 with 6 RBI including a three-run home run. It put the Phils ahead and they'd never look back. It's good to have those kinds of games. Cole Hamels allowed four earned runs on two two-run home runs, but all was well with a little help from the offense.

Tonight, Joe Blanton (4-4, 4.55 ERA) will aim to rebound from two terrible starts in a row. Blanton was on a pretty good run until his past two previous starts. In his most recent start, against the Cardinals on Thursday, Blanton allowed 7 earned runs on 10 hits over just 4 1/3 innings of baseball. Blanton took the loss and evened up his record at 4-4. Blanton pitched against the Mets earlier this season, tossing 6 2/3 innings of four run ball (two runs were runners he left on base after being relieved). The Mets ended up winning the ballgame against the Phils' bullpen. In his career, Blanton is 3-1 with a 3.71 ERA against the Mets.

The Phils will oppose Mets righty Jeremy Hefner (0-2, 6.17 ERA), who will be making his second start of the season and his major league career. In his last start, a spot start on Thursday, Hefner was rocked around by the Padres in the rain . Hefner allowed 6 earned runs on 9 hits over 3 2/3 innings. Hefner hasn't pitched against the Phillies this season nor has he in his career.

Roy Halladay is scheduled to have his right shoulder examined on Tuesday. Halladay left Sunday's game early due to soreness in that shoulder. Hopefully all is good for Roy. There have been rumors of shutting Halladay down for some time to give him some rest.

In other injury news, Carlos Ruiz was scratched late from yesterday's game with tightness in his right hamstring. It will also hold him out of tonight's game as he was not listed in tonight's lineup.