Chase Utley Works Out in Left Field for Phillies; Move to OF Makes Sense 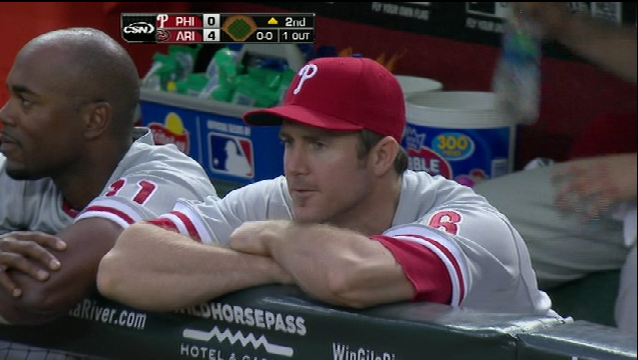 Left field is better than the bench

Many moons ago, back on April 25, our very own beloved blogger who hardly writes anything Steve Gallo, wrote that a good fit for the Phillies would be Chase Utley in left field.

Today, guess what Dave Murphy of the Daily News wrote? 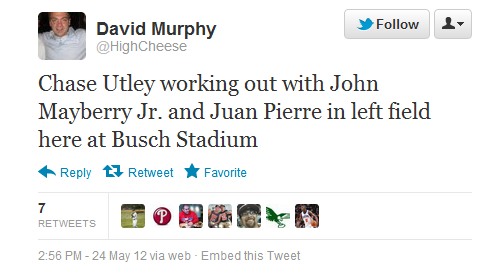 Turns out, despite my previous judgments, Steve is a genius.

There are two reasons you do this:

1. Freddy Galvis is an amazing defender and actually is driving in some friggin runs.  According to his ESPN player page, he's on pace to drive in 74 runs.  Not bad for a 7 or 8 hitter.

2. Chase Utley has no cartlidge in his knees.  His days of playing second base are probably over.  Darren Daulton said on "Talkin Baseball With Dutch" today on 97.5 the Fanatic that he had a harder time playing first base than he did the outfield.

Besides, the Phillies spent 12 seasons with Pat Burrell and Raul Ibanez in left field.  How the hell could he be any worse?

That lineup is pretty sweet, of course the Ryan Howard thing may not happen.  You can switch out Ruiz and Wigginton and it's still pretty sweet.  I like it.  Please do that, Phillies.