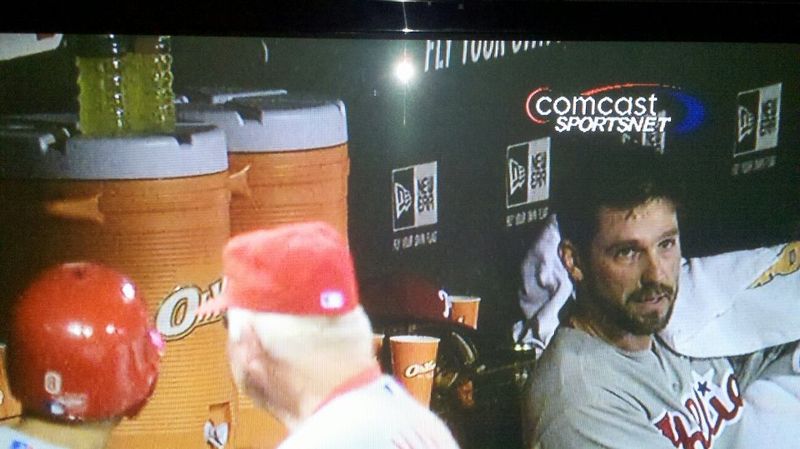 Victorino lost a routine fly ball which led to a triple and ultimately a run.  By rule, the play is considered a triple if the fielder does not touch it.

The Phillies broadcast ultimately talked about it and showed Charlie Manuel getting in between the two.

Oh, and Domonic Brown is now a center fielder, should the team decide to get one the starting pitchers like.

UPDATE: After it seemed it was over, Victorino could not help himself and kept mouthing off at Cliff Lee, who got up from his seat and started towards Victorino in the dugout, until he was intercepted by Brian Schneider.

Victorino went 0-5, while Lee went 2-3 and scored from first on a double, as if to make a statement about playing hard.

I have a feeling this is not over.  Stay tuned.