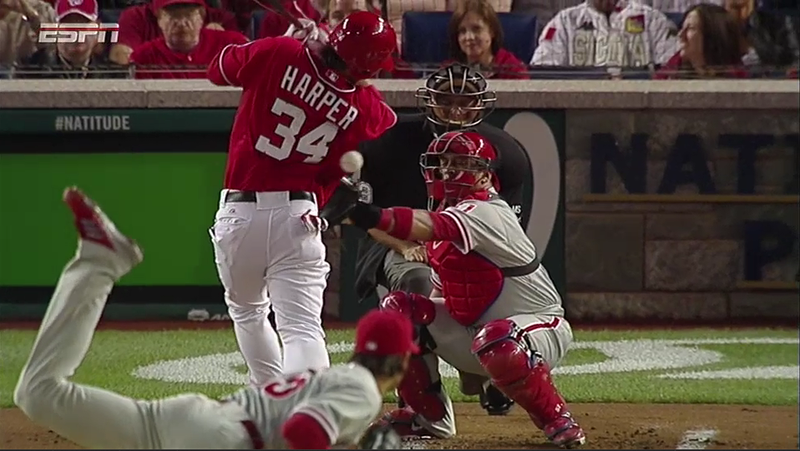 Ok, so Cole Hamels fessed up:

I’m not going to lie and say I wasn’t trying to do it. I think they understood the messages, and they threw it right back, and I think that’s the way it is, and I respect it.

And now he's probably going to get suspended. And in a very fourth grade "he started it!" kind of way Hamels will get a suspension and not Jordan Zimmermann who hit him.

Now, here is the big question: because he told the truth and didn't lie through his teeth like other players, is he going to get more?  There are a few examples of pitcher suspension this season:

A couple weeks ago Cleveland Indians pitcher Jeanmar Gomez hit Mike Moustakas of the Kansas City Royals.  Gomez lied like a little b#@$%. when he got his suspension like he did not try to do it on purpose.

In Spring Training Ubaldo Jimenez hit his former teammate Troy Tulowitski who he must have had a grudge with from their time together on the Rockies.   He also got five games, as he lied about the bean ball:

''Players are hit by pitches every day. With a guy like him, you have to go inside. I can't get the ball to go where I want every time.''

Oh okay, have to pitch your old teammate you hate "inside".

So, the question is, even though these two pitcher gave us a bunch of bull$#!+ are they going to have lighter suspension than Hamels?

If Hamels gets the same five games, it is fair.  If he gets more, that would really be wrong.

As for the Phillies, they can handle it.  Cliff Lee will come back this week and make a start.  Kyle Kendrick, already stretched out, can start a game and push the rotation back a day.  Everyone will get an extra day rest, and Kendrick will get one more start before going back to the bullpen.

Of course, Cole Hamels over Kyle Kendrick is preferred, but this should not totally kill the Phillies.