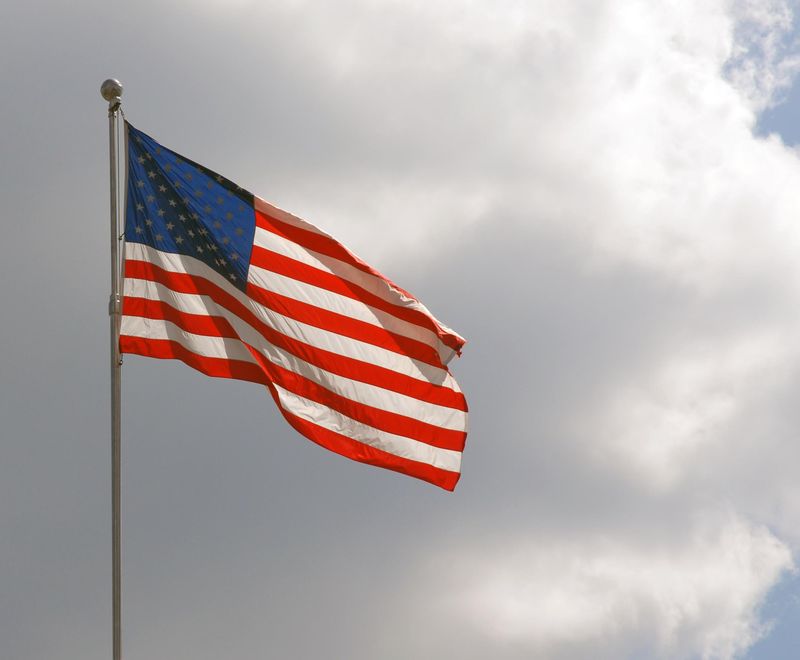 Happy Memorial Day everybody! We here at Philliedelphia would love to express our appreciation and gratitude to the men and women who have served and who are currently serving for our country. I wouldn't be here typing this article if it weren't for all of you.

Memorial Day baseball is a big baseball day. It's like the 4th of July's baby sister. There are BBQ's, parades, and for the MLB. The stars and stripes hats will be worn. As a matter of fact, I have a picture of the Phillies' hats for this year. (They're actually pretty neat and not ugly at all).

Let's get to today!

So, Cole Hamels (7-1, 2.17 ERA) has hands down been the Phillies best starting this pitcher and he's looking to continue his dominance this afternoon as he takes on the New York Mets in game one of a three-game set. The Phils are coming off of a four-game set with St. Louis in which they took three of those four. Beside's yesterday's 8-3 loss and the revelation of Roy Halladay's shoulder soreness, the Phillies played some great baseball over the weekend.

In Hamels' last start on Wednesday, he tossed eight scoreless frames against Washington, allowing just four hits while walking three and striking out six Nationals to get his 7th win of the season. Back in April, Hamels tossed seven innings of two-run ball against the Mets. He earned the win as he yielded six hits and struck out a season-high 10. In his career, Hamels is 4-10 with a 4.33 ERA against the Mets. Don't let those numbers make a difference, though. Hamels is locked in right now.

Opposing the Phillies will be Jon Niese (3-2, 4.29 ERA), who is coming off a 7 2/3 inning, one-run outing against the Pirates. Niese has been exceptionally good this year – for a Met. But seriously, Niese has pitched well against the Phillies this year. In two starts, Niese is 1-0 with a 1.54 ERA. Now both of those starts were in Philly so Niese has not faced the Phils at home this year. The Phils are making their first trip to Citi Field today and the walls are shortened and have been moved up since last year. Maybe the longball will work today with the new dimensions and the heat. In his career, Niese is 4-4 with a 3.58 ERA against the Phils.

Like I said before, Citi Field is revamped to be a "hitter's park" instead of a "pitcher's park". Here's a description from Wikipedia.

Changes include building an 8 feet (2.4 m) wall in front of the high 16 feet (4.9 m) wall in left field that many had dubbed the "Great Wall of Flushing", removing the nook in the "Mo's Zone" in right field, and reducing the distance in right center field from 415 feet (126 m) from home plate to 390 feet (120 m). The new walls are colored blue in order to address fan complaints that the old black walls with orange trims did not reflect the colors of the Mets. The Mets have also created a new seating section located in between the old and new left field walls called the Party City Deck and can accommodate 102 additional fans.

It's a drastic change, but it's still going to take some power to crank one out. Let's hope our boys bring the bats to Citi Field.

Breaking Update: Carlos Ruiz has been scratched from today's game with tightness in his right hamstring.