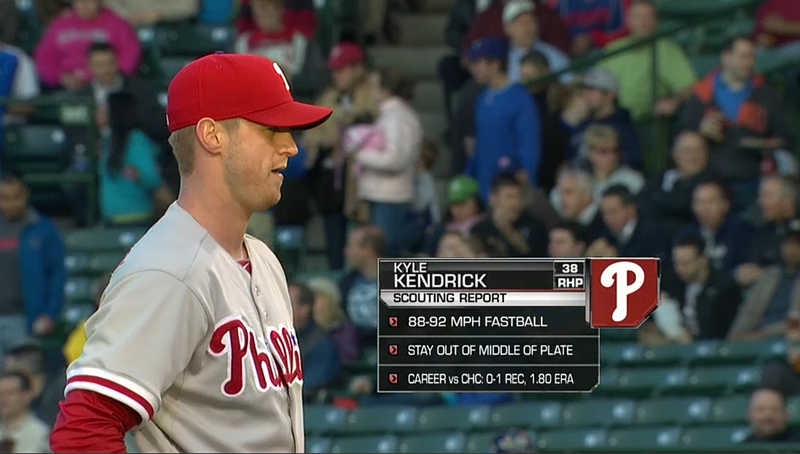 Phillies fans don't like Kyle Kendrick.  In fact, I regularly shake my head at our friend Stephen Gallo's regular anti-Kendrick tweets.    Last night he was positive: 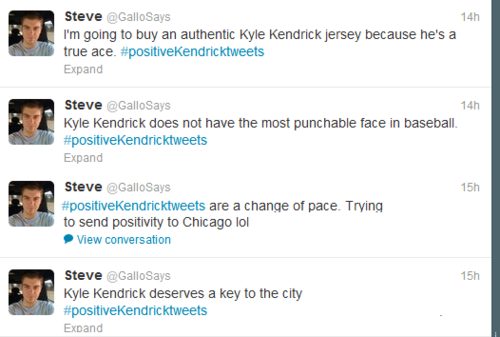 Why is it that our friend Steve and so many others have such deep-seated hate for our dear Kyle?  Looking back to 2007 when Kendrick burst onto the scene he has won 10 or more games three times.  He has started 98 games and pitched in 38 in relief.

This season, his relief appearances have not been great, but often he has come into the game in situations other than this role: starters are not getting knocked out early often to require the use of a long reliever.  He has ended up pitching in games where the late-inning relievers have already screwed up and he is entering a mess.

Maybe the Phillies fans remember that Kendrick pitched in the bullpen for five losses.  But hopefully last night opened the eyes of Phillies fans so that they can be as positive as Steve was yesterday.

Let's take a look at Kendrick's last eight starts, none of which were really as a regular member of the starting rotation.

If you wish to go back further, you'll see that in Kendrick's last 13 starts, his ERA is under 3.  That is not bad for a spot starter.

What more would you want of your long-man and spot starter?  I am not saying that Kendrick is an ace, or even close.  But for the role that Kendrick holds, he has been good.  Let's remember that.