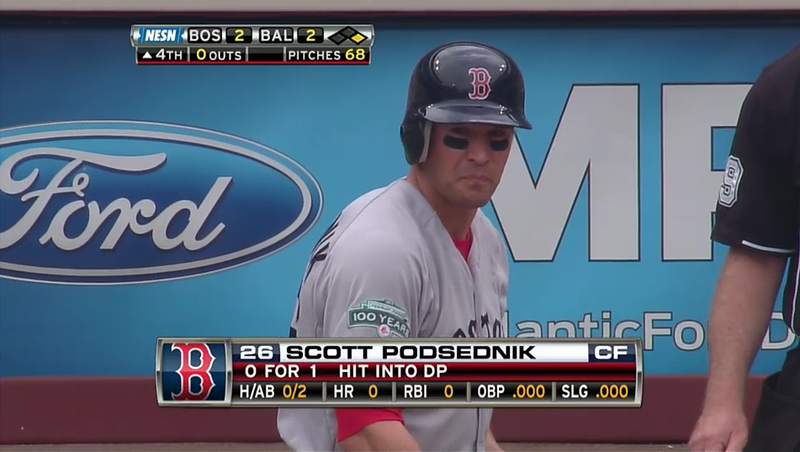 Well, the Phillies are struggling to find any offense whatsoever, but they essentially released outfielder Scott Podsednik who apparently is good enough for someone else's Major League roster.

Red Sox manager Bobby Valentine had some good things to say about Podsednik in a piece on MLB.com:

"Well, Arnie gave me a good report on his availability, what he can do and what he should do here at the Major Leagues, and it sounds like exactly what we need…He'll work the count. If he gets on base, he'll cause a little havoc and maybe give us a little dimension we haven't had for a while."

"Arnie" is AAA Pawtucket manager Arnie Beyeler.  And working counts? Getting on base? Speed? Maybe it's what the Phillies could have used too.

UPDATE: Scott Podsednik homered in the top of the 8th inning off of the Orioles' Darren O'Day and all in all went 2 for 3 with a sacrifice bunt.