Have We Reached the End of Free Phillies Parking at F.D.R. Park? 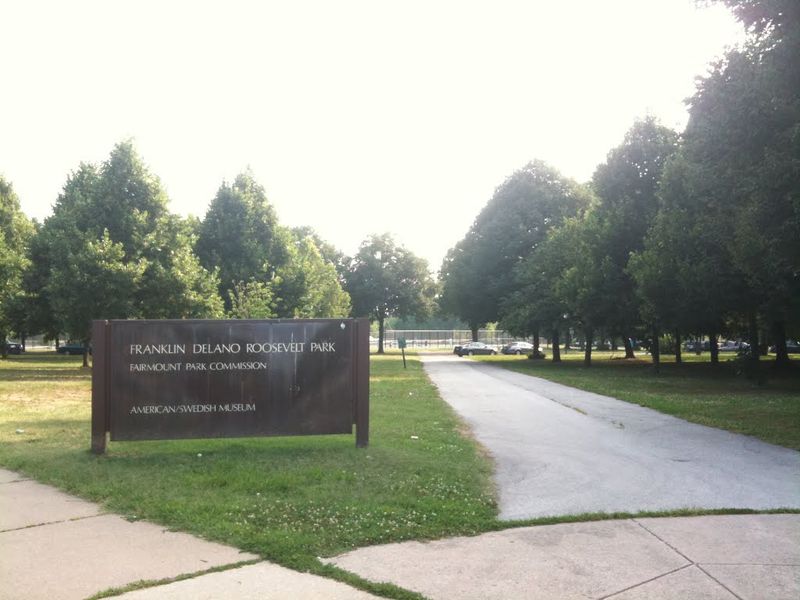 Parking is one expense that accompanies every Phillies game and there never seems to be enough of it.   $15.00 for a Phillies-owned lot times 81 games is an extra $1215.00 for a season ticket holder.   One popular option among Phillies fans has been to park at Franklin Delano Roosevelt (FDR) Park for free.  However, it appears the days of parking for most Phillies games for free is over.

The park, located at the corner of Broad and Pattison caddy corner from the former Veteran Stadium location, is a bit of a walk, but  considerably easier to exit after a Phillies game.  Most Phillies fans attending evening games will no longer have the luxury of parking in the park.  The "change" is not a change at all, but rather an enforcement of a policy already on the books.  The primary problem is that there is a 9:00 curfew for many city parks.

I reached out to Parks and Recreation Department, and Marc Wilken, Park Concessions Coordinator, directed me to the 1984 document, "Regulations for the Government of Parks Under the Control of the commissioners of Fairmount Park Philadelphia" (Download PARK RULES & REGULATIONS).  It reads,

A 1:00 A.M. curfew prevails throughout the Park, EXCEPT that the Commission has established a 6:00 P.M. curfew in Bartram's Park and Garden, Burholme Park, Fluehr Park and Franklin Delano Roosevelt Park, to remain in effect indefinitely, which will automatically revert to 9:00 P.M. on April 1st of each year and return to 6:00 P.M. on November 1st of each year.

"The Park" refers to the Fairmount parks commission as a whole.

Wilken noted that the one exception to the 9:00 curfew is if Philadelphia Parks and Recreation decides to offer paid parking services, therefore staffing the park beyond the 9:00 hour with parking attendants, security, etc.  If the combined attendance at the sports complex exceeds 50,000, they will offer such services.  A typical Phillies sell-out is 46,000 fans.

What if we want to pay to park at FDR, creating revenue for the Parks and Recreation system?  It's just not profitable, Wilken says.

"We've considered parking for every game but there are just so many games and we barely break even when we park for two games, in the evening, at the same time, so there is a good chance parking for all the games will result in a negative cash flow, reducing the amount of revenue we reinvest into the park"

Eagles games exceed the 50,000 fan threshold, and paid parking is available.  All fans entering the park via vehicle are charged on Eagles gamedays.  Many fans, Wilken said, try to "scam the system" and claim they are there to play tennis, picnic, etc., and not go to the game, so all vehicles entering are charged, though pedestrians may enter free.

What happens if you use the park, but are not out by the 9:00 curfew?  One park ranger told my season ticket partner that there is an $85.00 fine assessed if an officer needs to come let you out of the park after the gates are closed. I have heard they have assessed this on several occasions this season so far.

Whether parking or not, I recommend checking out FDR Park someday if you ever get a chance.  It's a wonderful place to have a picnic, play some sports, bring your kids, or skateboard.  Also on the property is the American Swedish Historical Museum, "where Swedes, Swedish-Americans, and people of all nationalities who appreciate Swedish contributions to history, art, architecture, music, science and technology can come together".

One non-Phillies lot available for cheaper parking this season is Stella Maris Catholic Church, just across Packer Avenue and beyond the 76 overpass at 2901 South 10th Street.  A paragraph appearing in many Church bulletins reads,

Parishioners attending Phillies’ games can save some money and support Stella Maris Church by parking at the Stella Maris Church parking lot, located at 10th and Bigler Sts., for only $10. The church lot is located across from the Holiday Inn and is only a short walk to Citizens Bank Ballpark.

I can surmise this is not a tailgating lot,but should be easy to exit at the end of the night.